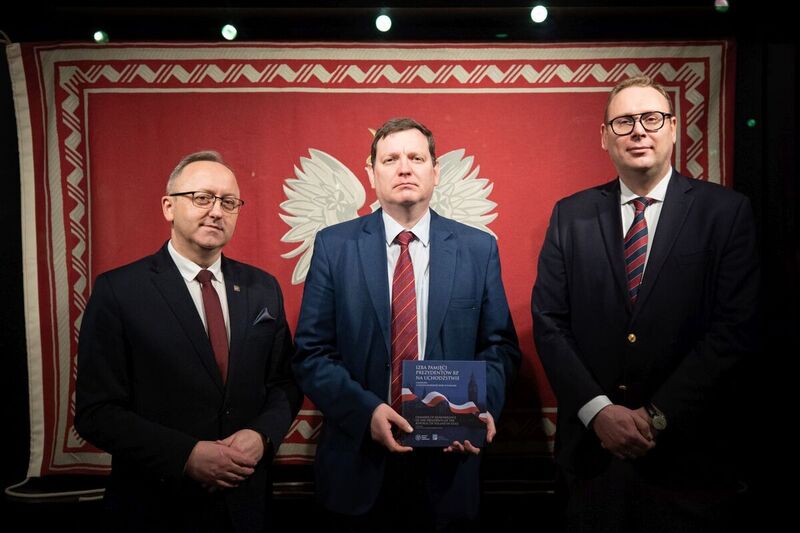 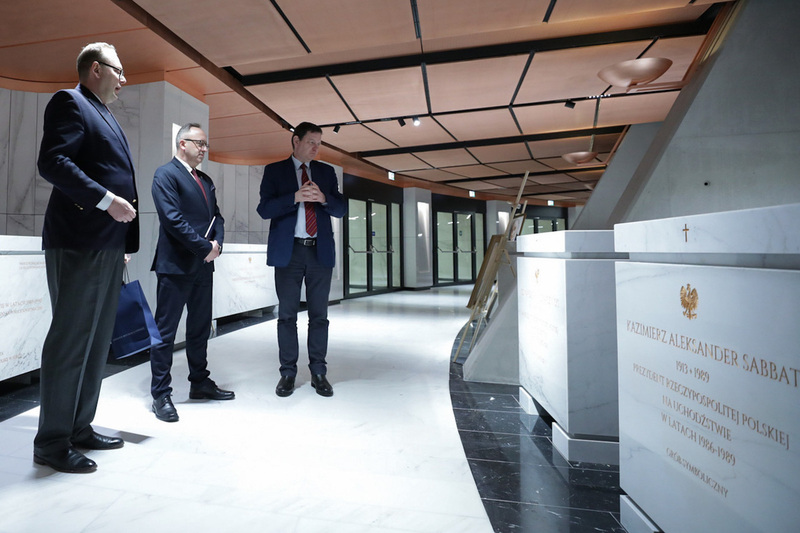 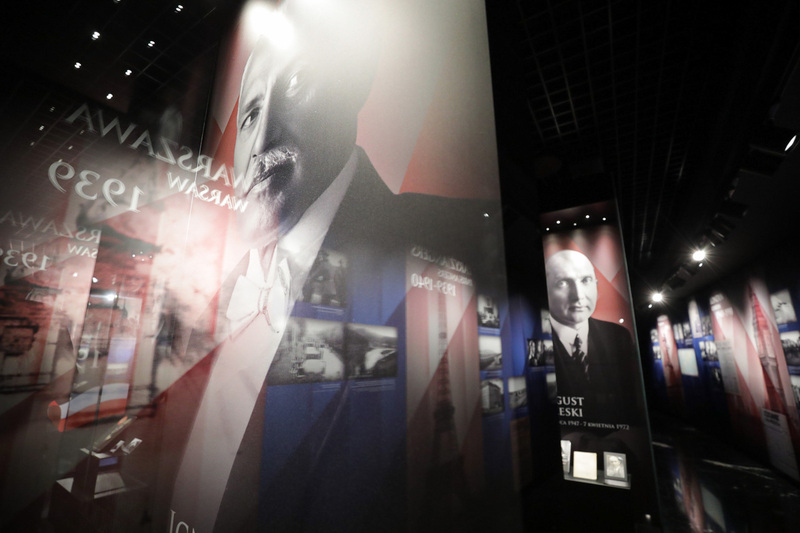 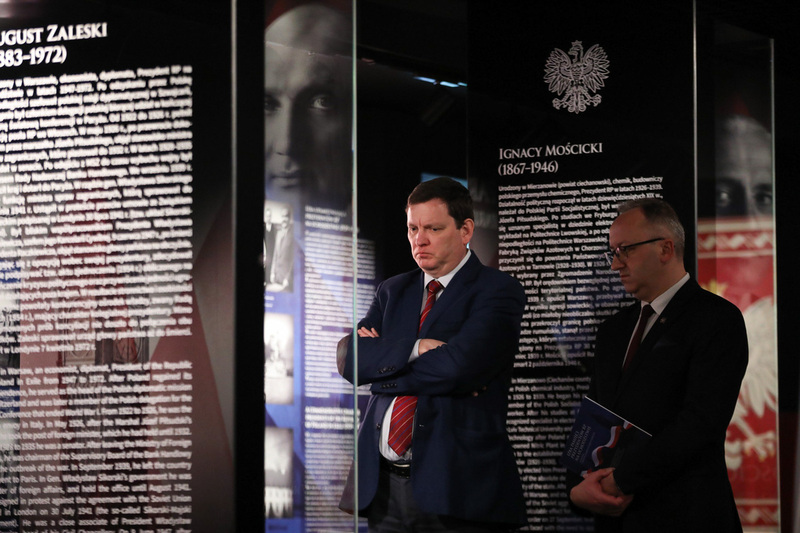 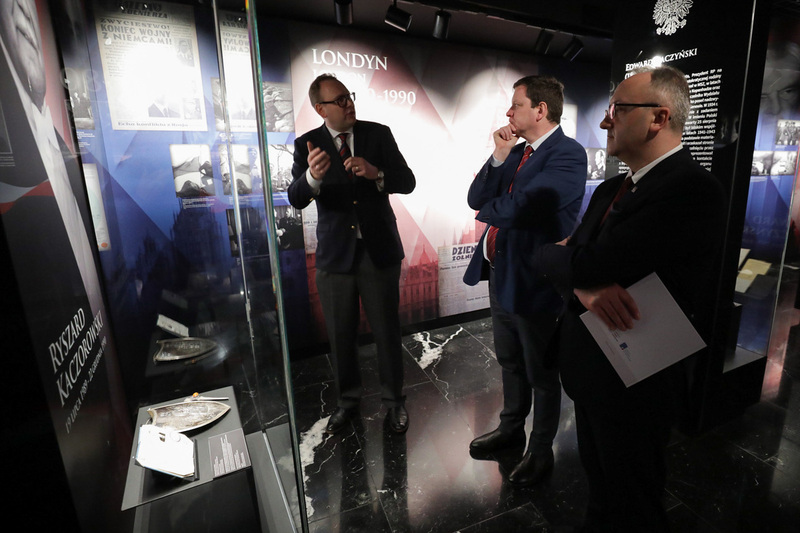 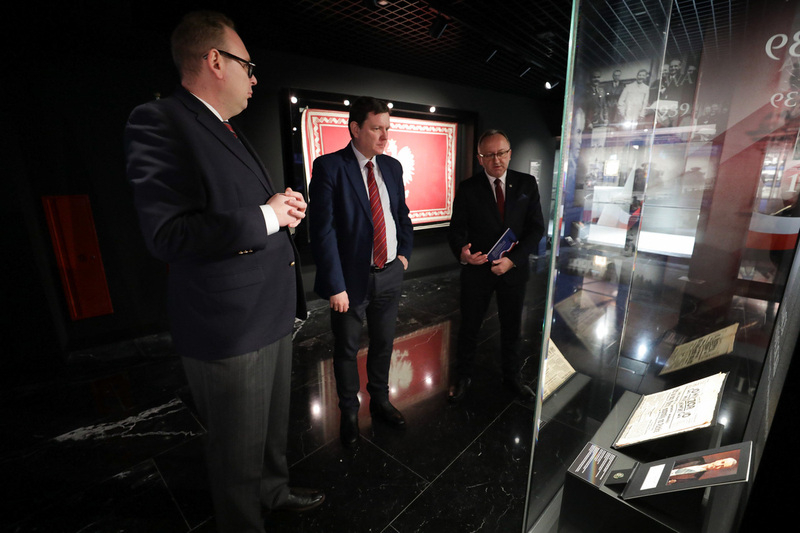 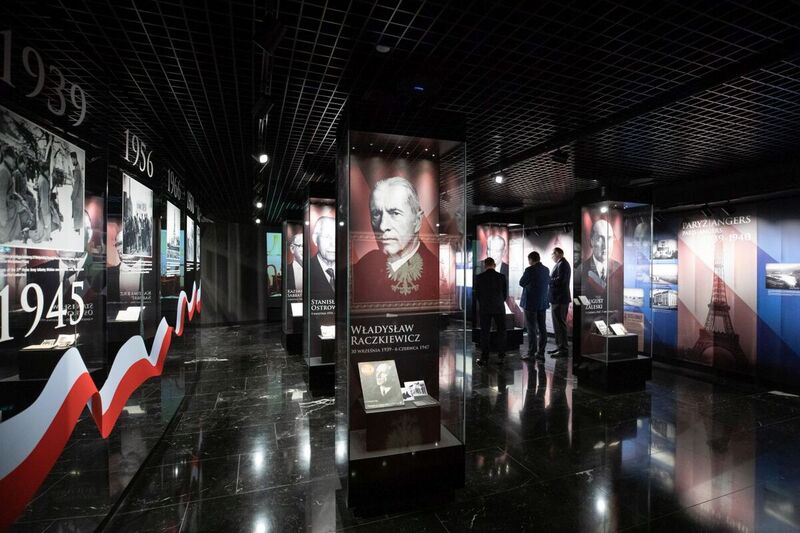 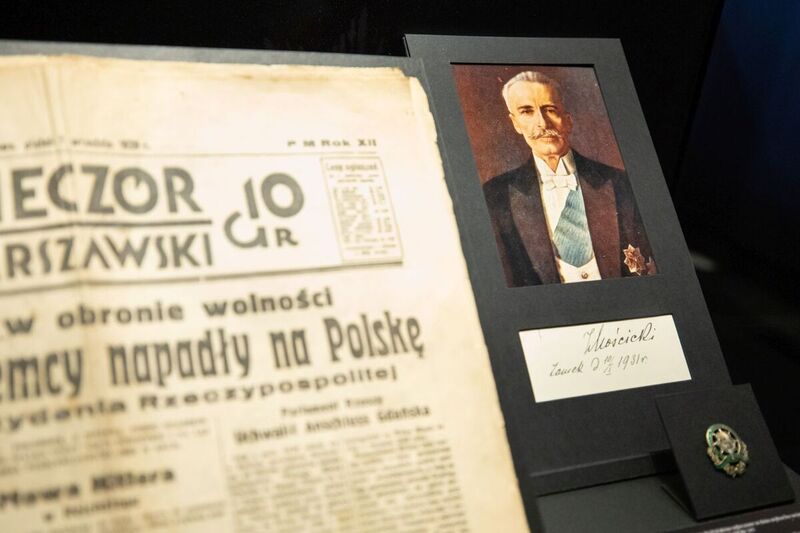 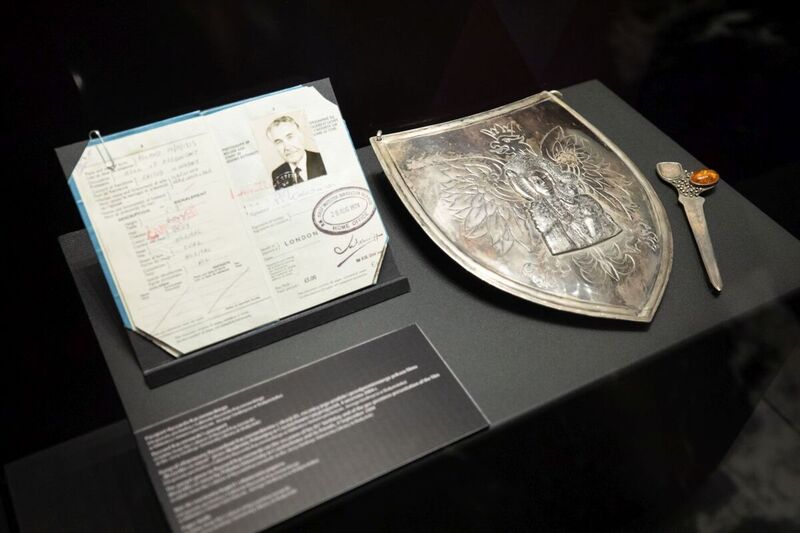 On 21 December 2022, the IPN Deputy President Prof. Karol Polejowski met with Latvian Ambassador Juris Poikāns in the Temple of Divine Providence in Warsaw, where they visited the Mausoleum of the Presidents of the Republic of Poland in Exile and the Memorial Chamber. Przemysław Gasztold, Ph.D., from the IPN Historical Resarch Office, presented the project related to the culmination of the 100th anniversary of Poland's regaining independence.

The main purpose of the initiative to create the Mausoleum at the Temple of Divine Providence in Warsaw was to pay tribute to the Presidents of Poland in Exile. The ceremonial burial of the Presidents in their homeland took place on 12 November 2022 constituting a symbolic culmination of the history of their lives and work for a free and democratic Poland.

Read more about the re-burial of Poland’s former Presidents in Exile.