On 21 December 2022, the unveiling of a monument dedicated to Prime Minister Jan Olszewski took place in front of the Prime Minister's Office at Ujazdowskie Avenue in Warsaw 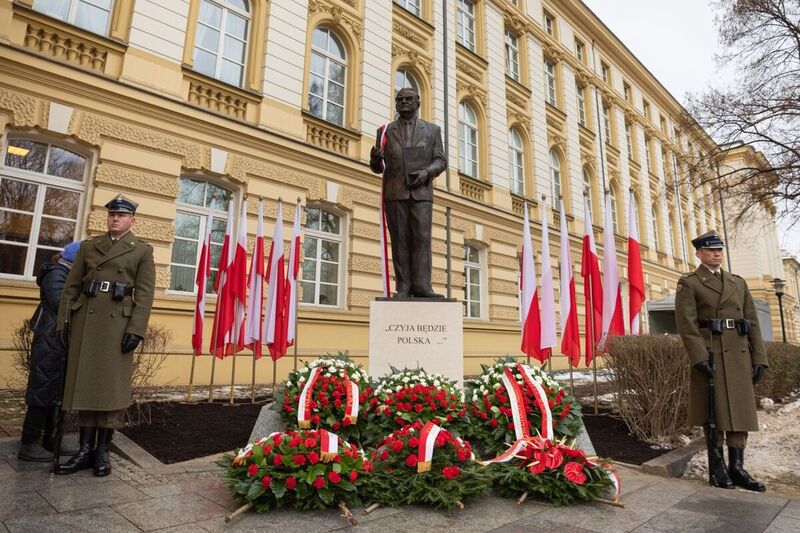 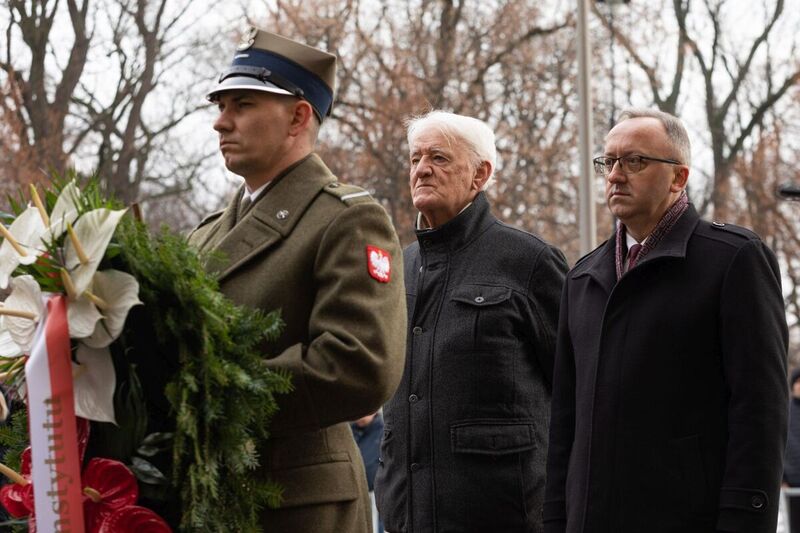 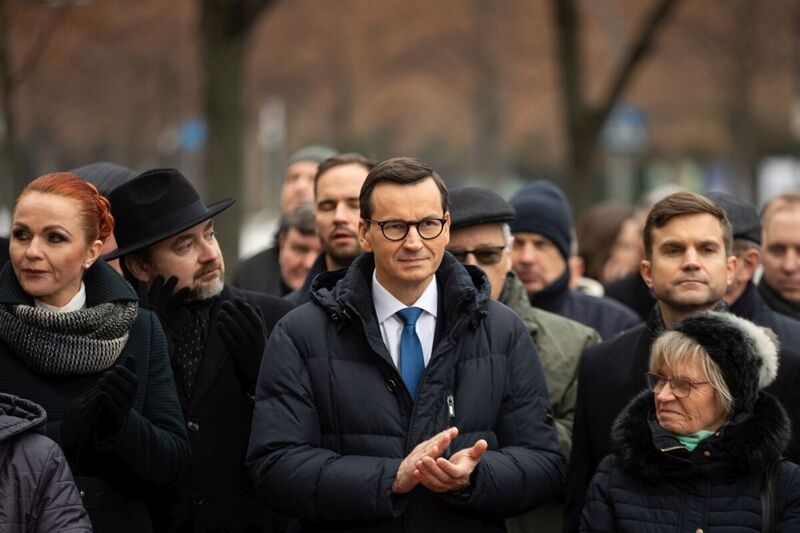 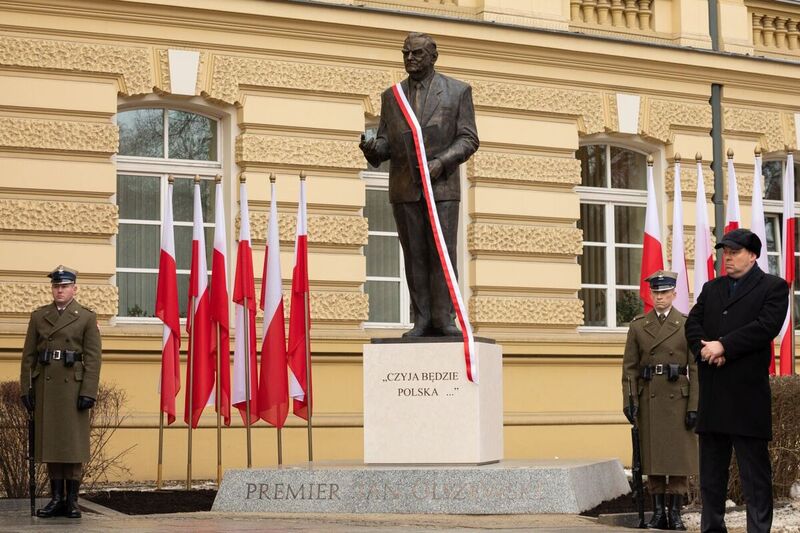 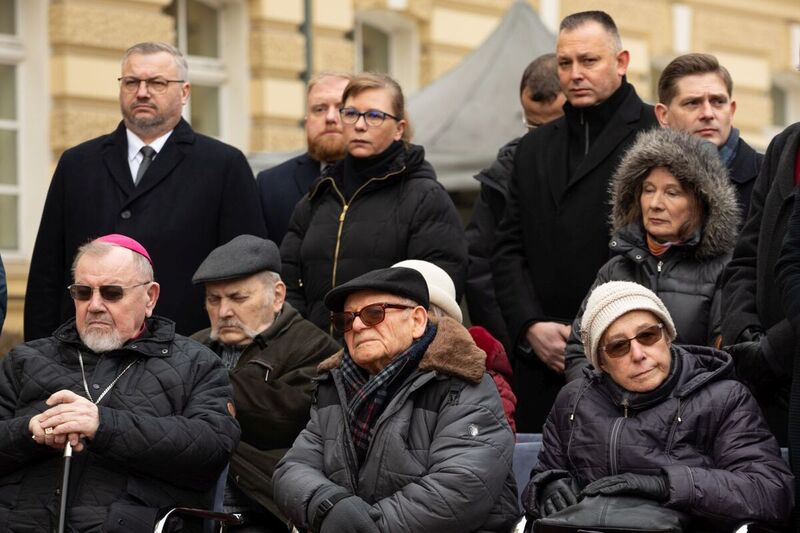 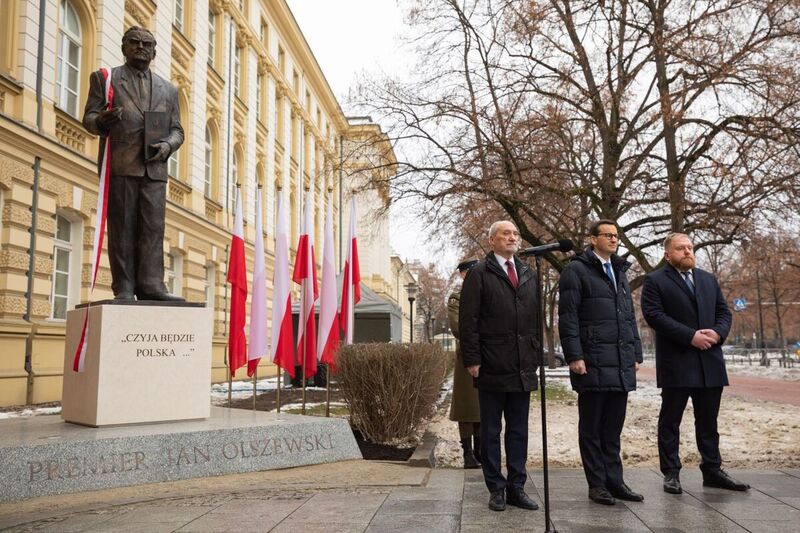 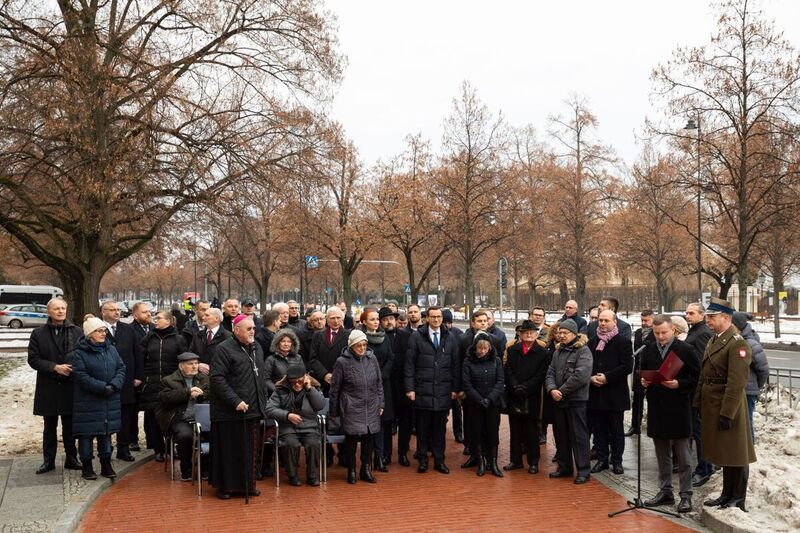 On behalf of the Institute of National Remembrance, tribute to Jan Olszewski was paid by the Deputy President, Prof. Karol Polejowski and the IPN Collegium member Krzysztof Wyszkowski. The momument unveiling ceremony was attended by the head of the Sejm Chancellery Agnieszka Kaczmarska, former head of the Ministry of Defense Antoni Macierewicz, government representatives and Members of the Parliament.

This monument is to remind us of the ideas that Jan Olszewski lived by, of the importance of always standing on the side of truth, goodness and a sovereign Republic,

Jan Olszewski was Poland’s Prime Minister in the years 1991–1992, a Member of the Sejm of the 1st, 3rd and 4th term, an advisor to the late President Lech Kaczyński. In 2009, he was awarded the Order of the White Eagle.

In the 70s he was the initiator, co-author and signatory of public speeches directed against communist authorities, including the most famous Letter of 59 against planned amendment to the Constitution of the Polish People's Republic. In 1976, he co-founded the underground Polish Independence Agreement, working to regain Poland’s independence. He authored one of the most important publications in the samizdat - the guide "Citizen versus Security Services". In 1976 he was among the co-founders of the Workers' Defense Committee (later 'KOR' Social Self-Defense Committee). Olszewski participated in editing the founding document of 'Appeal to the society and authorities of the Polish People’s Republic'. He was a co-author of the statute of free trade unions, which after August 1980 were transformed into "Solidarity". At a meeting of workers' representatives on 17 September 1980, he convinced them to opt for one nationwide Independent Self-Governing Trade Union "Solidarity". He co-led the registration proceedings of "Solidarity" and "Solidarity" of Individual Farmers. He was an advisor to the “Solidarity” National Coordinating Commission.

After the introduction of Martial Law, he became an advisor to the Polish Episcopate. He was an auxiliary prosecutor in the trial of the murderers of Fr. Jerzy Popiełuszko. In 1988, he co-founded the Citizens' Committee with the Chairman of "Solidarity" Lech Wałęsa. He was opposed to seeking agreement with the communists. He refused to chair on behalf of the social side the commission for the reform of the court and legal system at the "Round Table".

On 6 December  1991, he headed the first non-communist government of reborn Poland. His government implemented the vetting law of 26 May 1992. On 4 June 1992, his Cabinet was overthrown by the defenders of the "Round Table".