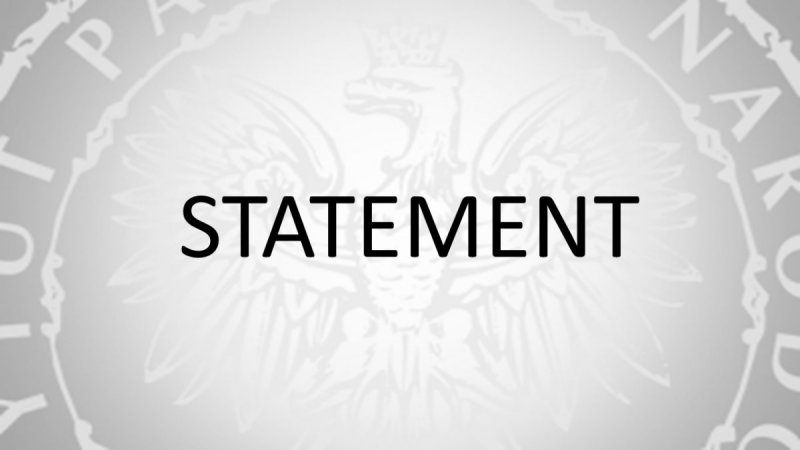 I was both concerned and surprised to hear that the Council of Warsaw had adopted a petition to change the name of the Dmowski Roundabout to the Women's Rights Roundabout. Roman Dmowski was an outstanding statesman, one of the fathers of Polish independence. Through his diplomatic, political and journalistic activity, he significantly contributed to Poland's regaining independence in 1918.

The name of this place that has been in use so far is a proper commemoration of the activities of Roman Dmowski. He cannot miss a worthy place on the map of the Polish capital, as well as Piłsudski, Daszyński, Witos and many others.

The attempt to rename the Roman Dmowski Roundabout into the Women's Rights Roundabout may be considered as an act of weaving history into the current political struggle. Dmowski’s activities contributed to the building of Polish statehood and democracy. His name does not deserve to be ousted from such an important location in Warsaw. As the President of the Institute of National Remembrance, I strongly protest against such actions by Warsaw councilors.