Press release: the 77th anniversary of the discovery and liquidation of the Wolskis’ shelter for Warsaw Jews

7 March marks the 77th anniversary of the discovery of the "bunker" where the Wolski family hid 38 Polish citizens of Jewish descent, among whom was historian Emanuel Ringelblum. On 7 March (Sunday) at 77 Grójecka Street in Warsaw, Mateusz Szpytma, Ph.D., Deputy President of the Institute of National Remembrance, laid flowers at the plaque commemorating the place of the hideout . 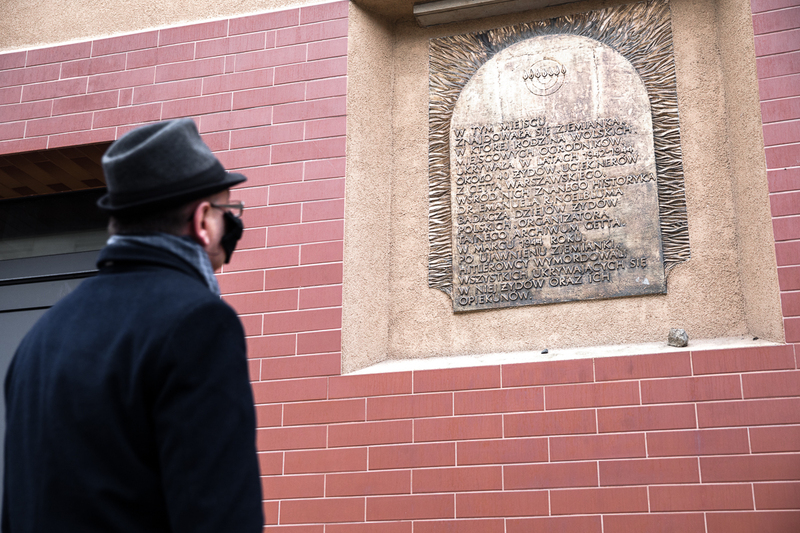 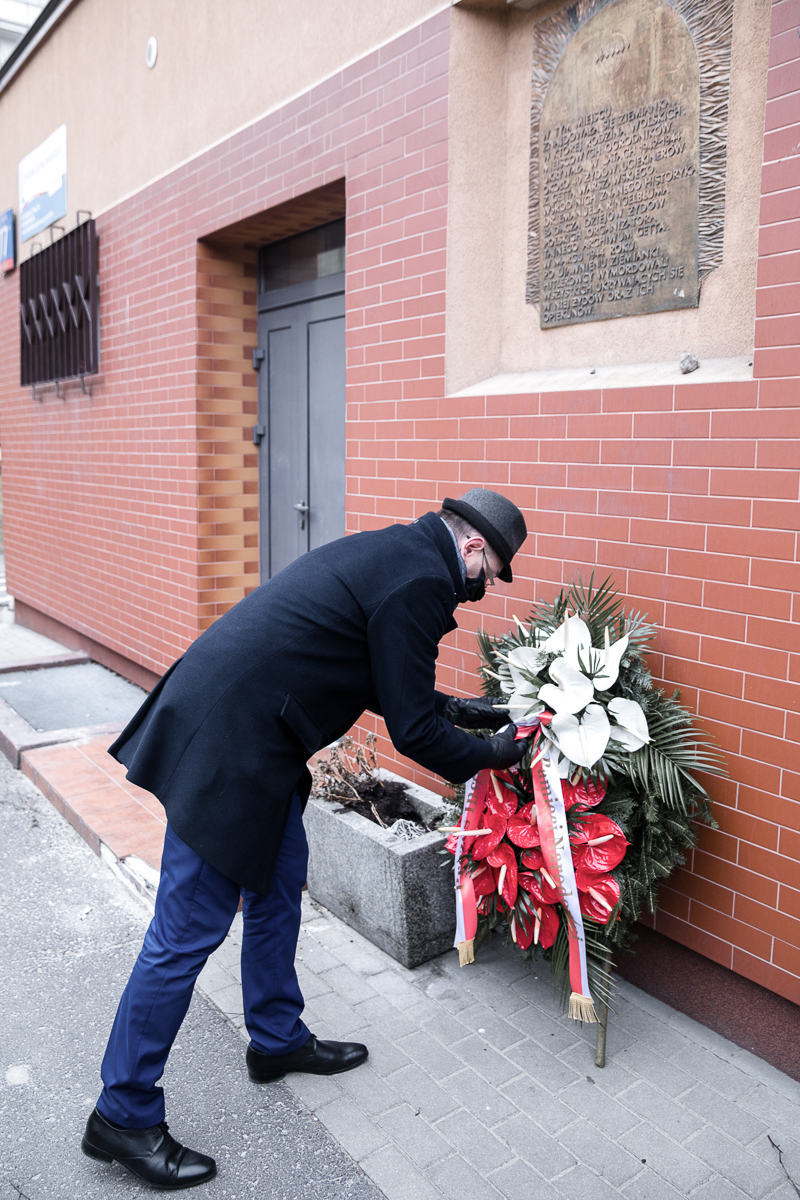 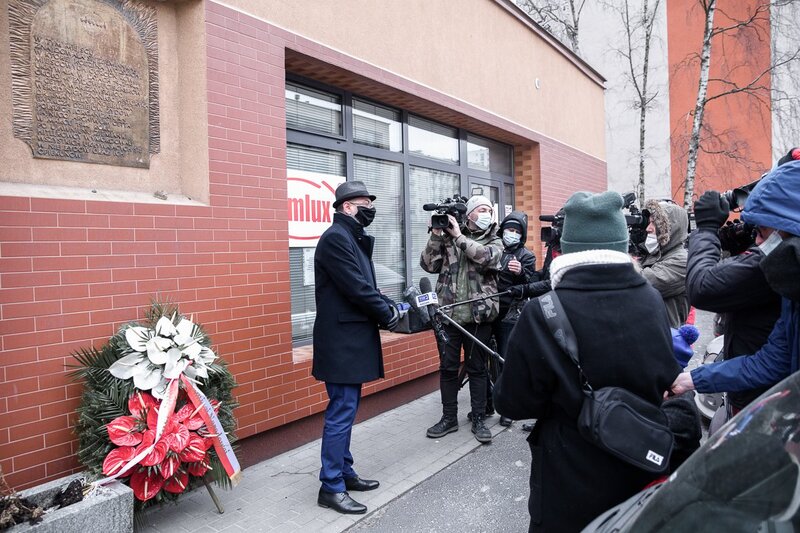 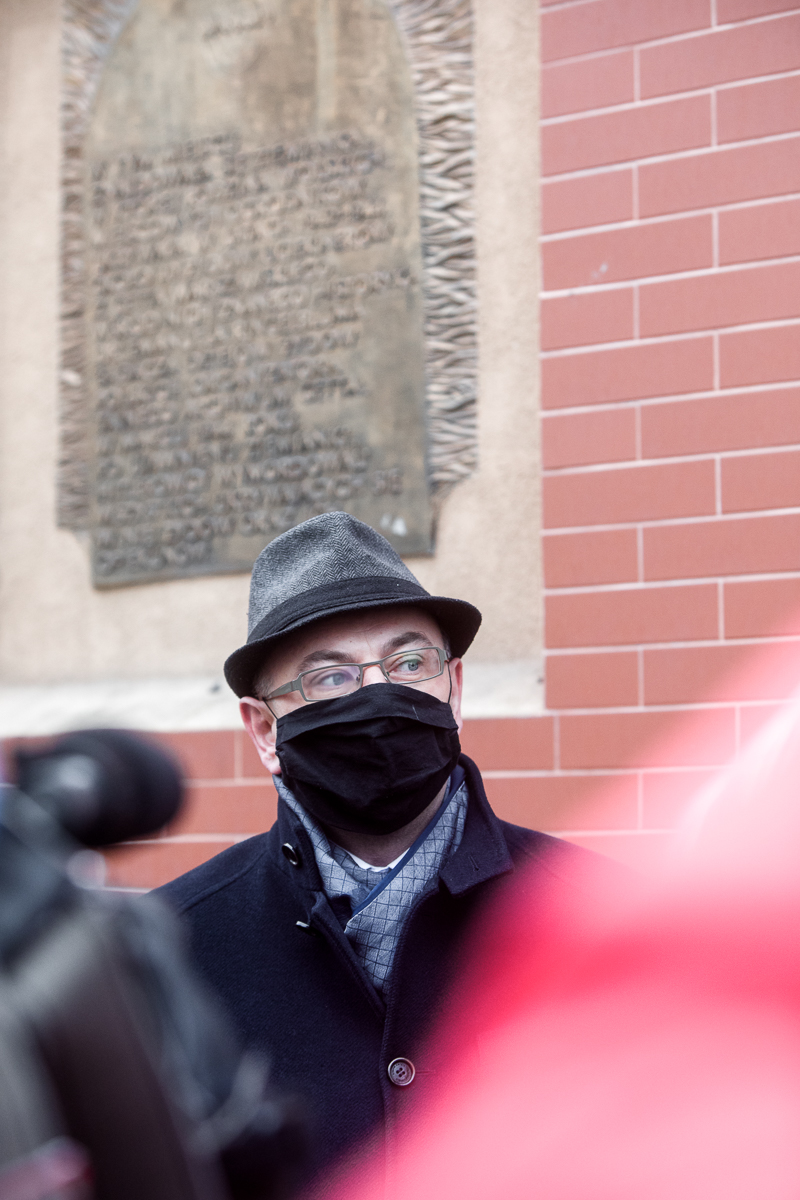 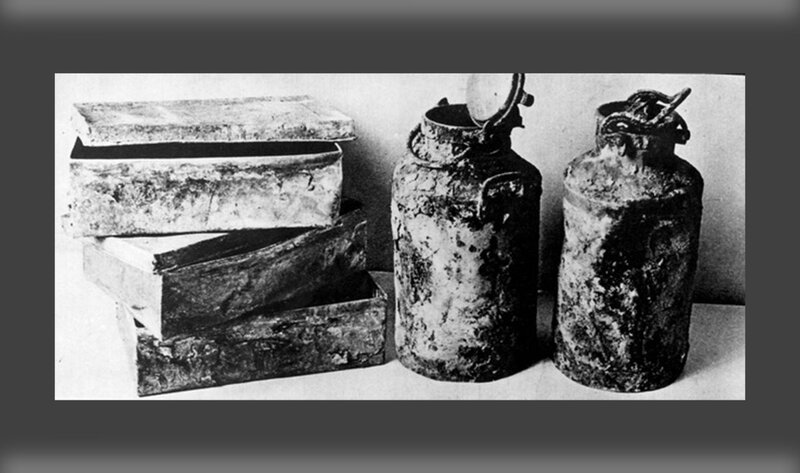 In the years 1942-1944, the family of Mieczysław Wolski, a market gardener from Warsaw, hid 38 Polish citizens of Jewish descent in a "bunker", specially built under his greenhouse in Grójecka Street. The shelter, called "Krysia", was equipped with bunks, a kitchen, electricity and running water. Mieczysław Wolski also set up a grocery store to provide food for dozens of fugitives, without drawing attention to his activities. Among those in hiding was historian Emanuel Ringelblum, who initiated and managed the collecting of a secret archive as the leader of the "Oneg Shabbat" group. It contained documents pertaining to the extermination of Polish Jews by the German occupier. As a result of the denunciation, the Germans found the shelter, and a few days later murdered all its inhabitants, and with them the Wolski family.

In this spot there used to be an underground shelter
where in the years 1942 – 1944, local market gardeners, the Wolski family,
gave refuge to ca. 40 Jews who had fled from the Warsaw Ghetto.
Among them was a renowned researcher of the history of Polish Jews,
and the brain behind creating the secret ghetto archive, Emanuel Ringelblum.
In March 1944, the Germans discovered the shelter
and murdered all of its inhabitants, as well as their caretakers.

Oneg Shabbat started out as chroniclers of life.

When in November 1940 the Oneg Shabbat [Joy of the Sabbath] group commenced their activity, they thought they would be documenting life in the Warsaw ghetto – a hard life, but life all the same. This group of historians, rabbis and social workers headed by Emanuel Ringelblum collected everything they could lay their hands on: official announcements and forms, diaries, postcards and letters, invitations, food stamps, train tickets, leaflets, underground press, drawings and photographs. They would all one day testify to the suffering of the Jewish nation.

They sent out surveys to ghettos throughout occupied Poland, compiled statistics, and recorded personal stories, documenting what started as harsh discrimination and abuse – beard shaving, forced contributions and hard labour – but soon evolved into unthinkable horrors of children dying of hunger in the streets, and their parents shot at a whim. The realization began to sink in: Oneg Shabbat members ended up as chroniclers of death.

Soon new occurrences fully opened their eyes to the fact that they were not recording a worse period in Jewish history, but what was beginning to look like a final one.

In the autumn of 1941, the news of mass executions of Jews in the East arrived, and in the winter, the group got and smuggled to the West a report about the Kulmhof death camp. In the spring of 1942, Ringelblum and his people learned about clearing of the ghettos in occupied Poland, of what today is known as Einsatz Reinhard. Whatever it was, it was deadly, and it was heading their way. In July 1942, Warsaw saw the first trainloads of Jews leaving for Treblinka. Oneg Shabbat redefined its mission: instead of recording life, they’d document destruction and death. They were running out of time, so they redoubled their efforts, scouring the abandoned flats for memorabilia of the deported, collecting German announcements, and recording escapees’ stories.

300,000 deaths later, in the spring of 1943, most of the group members were dead too. The Ringelblum archive lay hidden in the ghetto, empty and ruined after the uprising. Less than a year later, on 10 March 1944, Emanuel Ringelblum was executed there. He’d been hiding for a year, until the very end recording, recording and recording. His archive, his opus magnum, was found after the war by three surviving Oneg Shabbat members.

The value of the group's work lies not only in its volume - over 28,000 sheets - or the unique nature of many of the documents, unavailable elsewhere. The significance of what Ringelblum and his colleagues did is in the combination of the big picture of the Holocaust, which, as historians, they were capable of seeing, understanding and conveying, combined with bottom-up perspectives of individual victims and survivors, reflected in their testimonies.

Oneg Shabbat were some historians.

Read more about German camps on the IPN's dedicated website, here you'll find a brief history of the Treblinka extermination camp, where most of Warsaw Jews perished, This link offers an insight into the IPN's projects around the art of a Treblinka inmate and escapee, Samuel Willenberg, and this is where you can download the full Jürgen Stroop Report.