40th anniversary of the fight for the registration of the Independent Students' Association – press briefing. 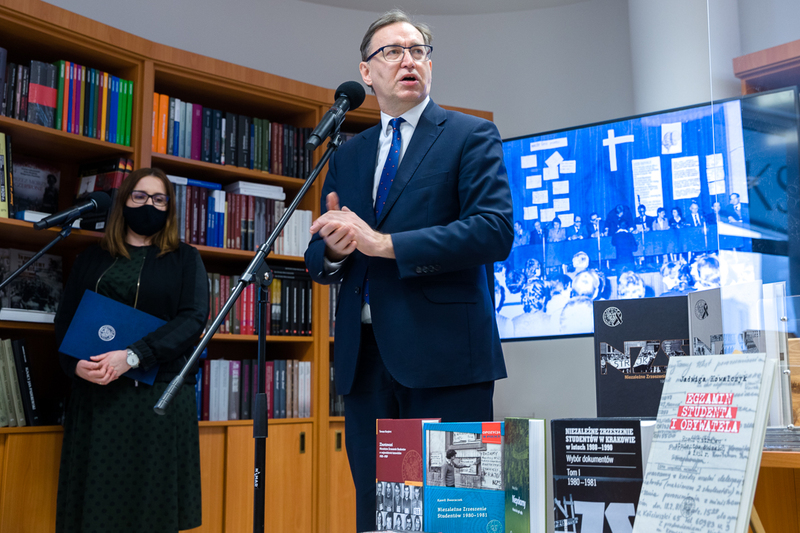 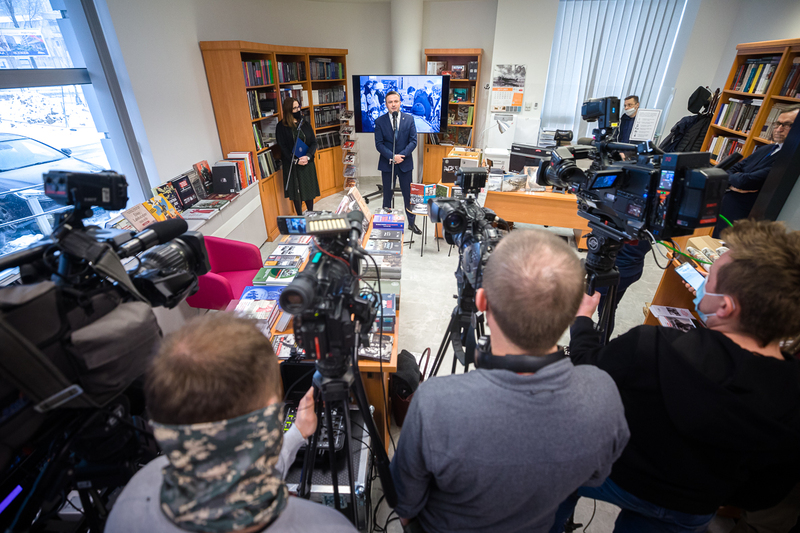 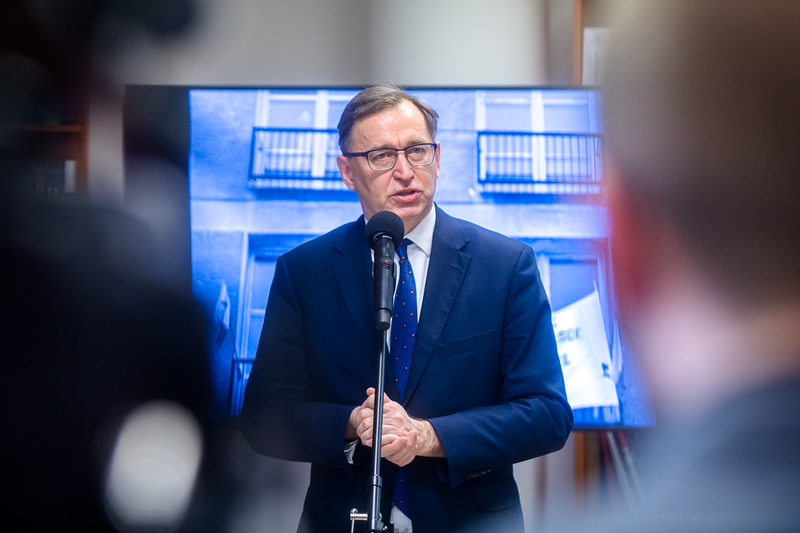 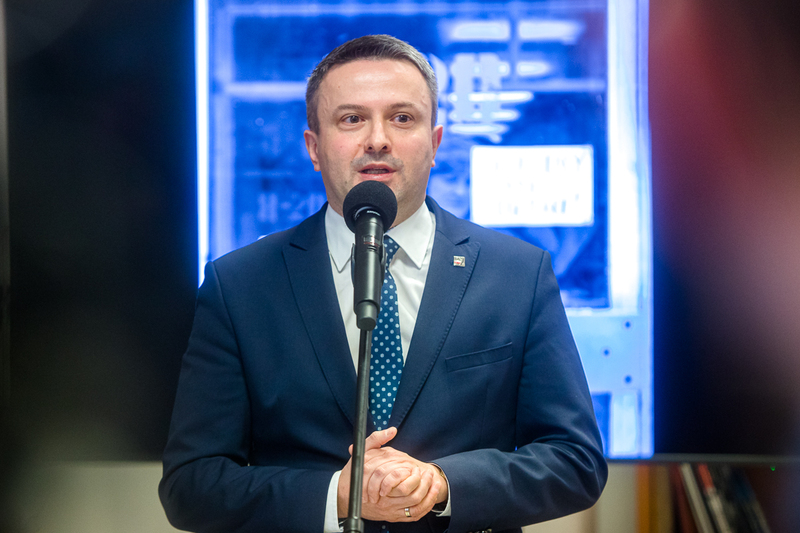 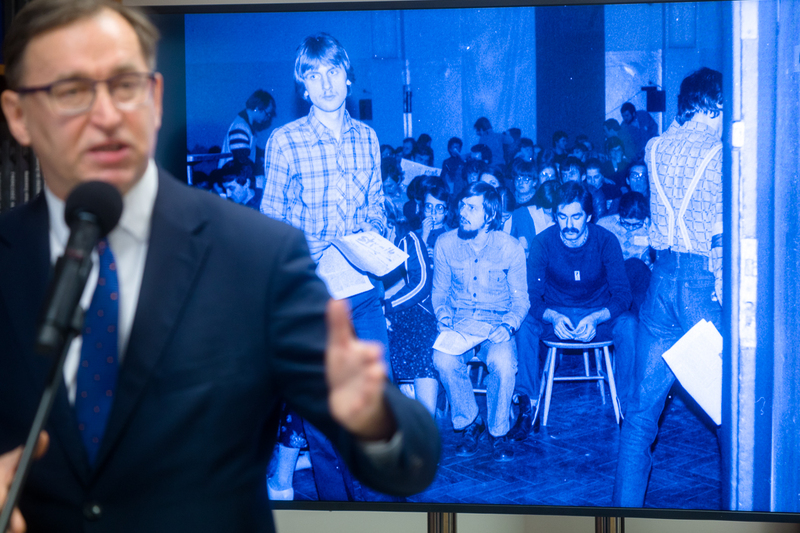 Forty years ago, as a result of a four-week student strike, the authorities of the Polish People’s Republic allowed the registration of the Independent Students' Association, even though it had existed since the fall of 1980. The establishment of the NSZZ "Solidarity" had paved the way for triggering the activity of the young generation of Poles, who started pushing for an organization that would truly represent academic youth. It was in the NZS that many students, for whom it was an important aspect of fighting for free Poland, invested hope for changes at universities.

The strike, which was to force the authorities to legalize the Independent Students' Association, was probably the longest such protest in 20th century Europe. The Institute of National Remembrance is holding a press briefing on the 40th anniversary of the official consent to allow the establishment of the NZS, devoted to presenting one of its publications on the topic. It is  „Egzamin studenta i obywatela. Rzecz o strajku studentów łódzkich w 1981 r” [Put to the Test as Students and Citizens – the 1981 Students’ Strike in Łódź], is a report of those events, which Jadwiga Kowalczyk, at that time studying at the Medical Academy in Lódź, recorded as they happened. The briefing, featuring the President of the Institute of National Remembrance, Jarosław Szarek, PhD, and the book editor, Sebastian Pilarski, PhD, head of the Department of Historical Research of the Institute of National Remembrance in Łódź, is to take place at noon on 17 February, at the IPN’s book showroom at 18 Postępu Street in Warsaw. 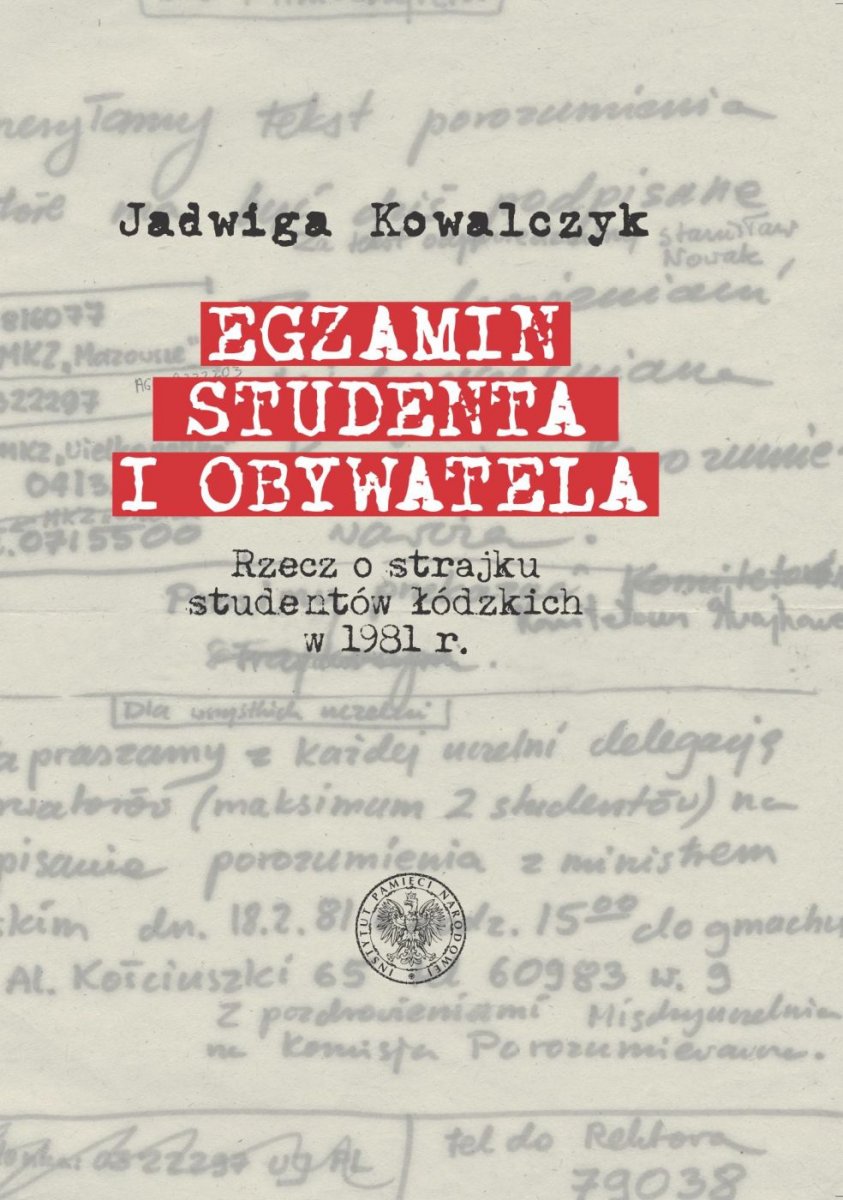 The publication prepared by the IPN Branch in Łódź – Put to the Test as Students and Citizens – is an account of a strike participant who described in detail the atmosphere of the events in January and February 1981. The memoir, a valuable historical source in itself, is supplemented with rich, illustrative material, most of which has never been published before, and biographies of protest participants.

And what are the pieces of truth scattered on the lengthy, four-week-long road of the Łódź, and then nationwide, student strike? Who will put them together to get a true picture of the events of January and February 1981? . . . After all, you cannot only content yourself with exploiting the gains of Polish history and literature, but you must, as far as possible, contribute something to this national treasury – motivated not by fame but the need to preserve historical events and to spread the popular knowledge of them, so that all Poles know where they came from,

wrote Jadwiga Kowalczyk in the preface to her 1981 journal.

All media representatives interested in participating in the briefing please send your requests for accreditation to the following address: media@ipn.gov.pl, or apply by phone: Sławomir Bardski, 539 770 443, or Paweł Błażewicz, 600 478 098.

The Independent Students’ Association was born in the wake of workers' protests, as early as in the fall of 1980. However, the communist regime agreed to the existence of an independent student organization only as a result of a strike initiated by the students of the Łódź university on 21 January 1981. In total, over 10,000 people took part in the protest, which on 17 February forced the communist authorities to allow the Association’s registration, a clause one day later entered and signed as part of the Lódź Agreement. The strikers demanded not only the autonomy of universities, but they also wanted censorship to be limited, persecution of the opposition stopped, and the people responsible for the massacre on the Coast in 1970, as well as and those guilty of repressing workers in 1976, punished. The legalization of the Students’ Association came after several months of efforts and became a significant contribution to the fight for Polish independence, regained ten years later.