Press Release: Commemoration of the 50th anniversary of December 1970

At noon on 2 December 2020, the IPN’s Janusz Kurtyka Educational Center in Marszałkowska Street, Warsaw hosted a press conference devoted to the commemoration of December 1970 workers’ protests. The event, broadcast on the IPNtv channel, was attended by Jarosław Szarek, PhD, President of the Institute of National Remembrance, Prof. Mirosław Golon, head of the IPN’s Branch in Gdańsk, and Paweł Skubisz, PhD, head of the Szczecin one. 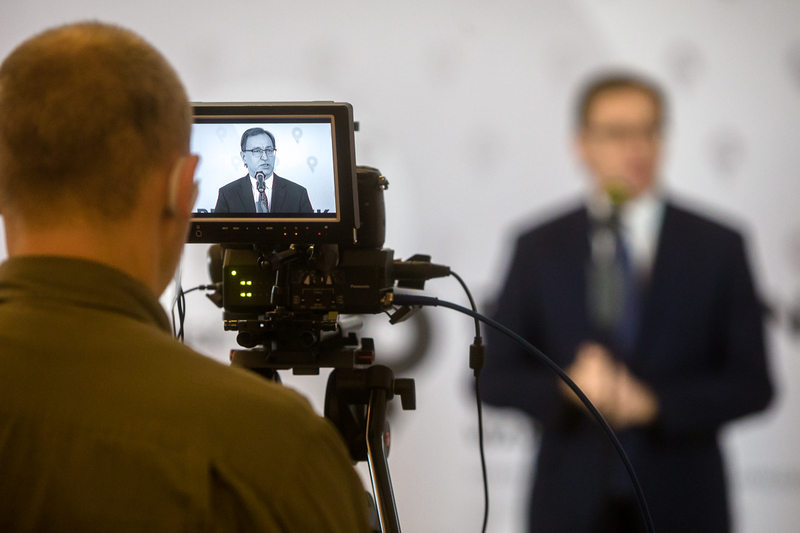 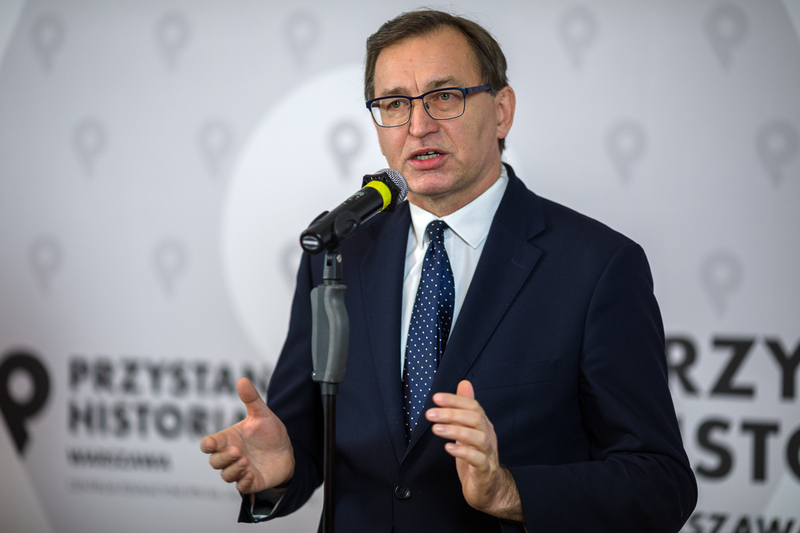 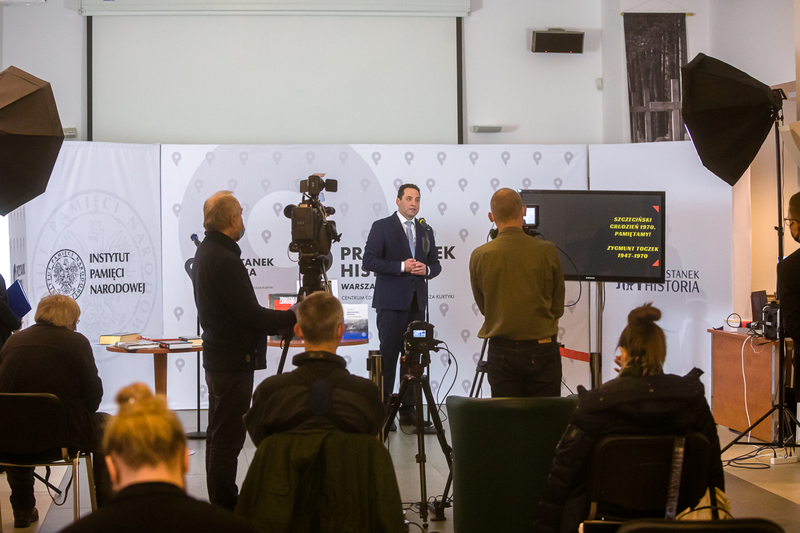 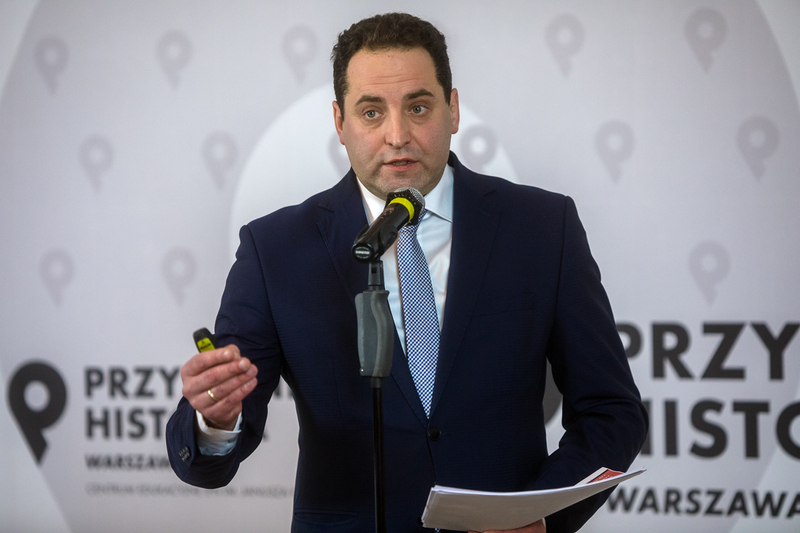 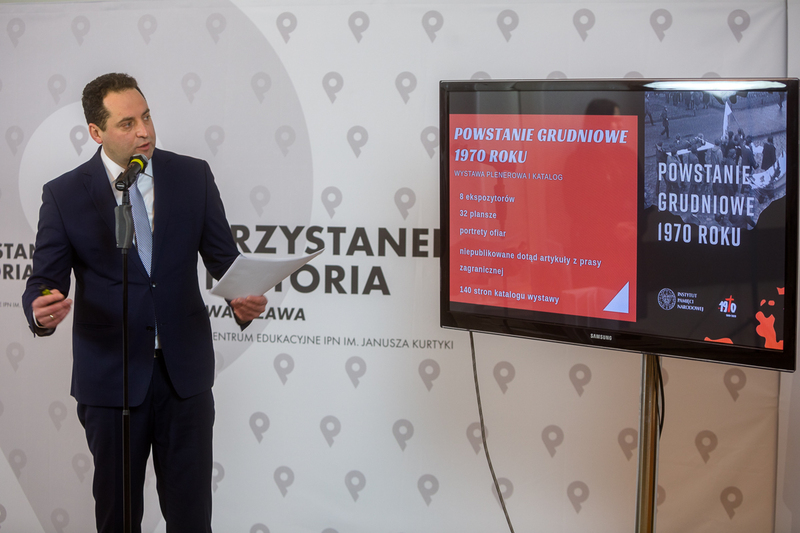 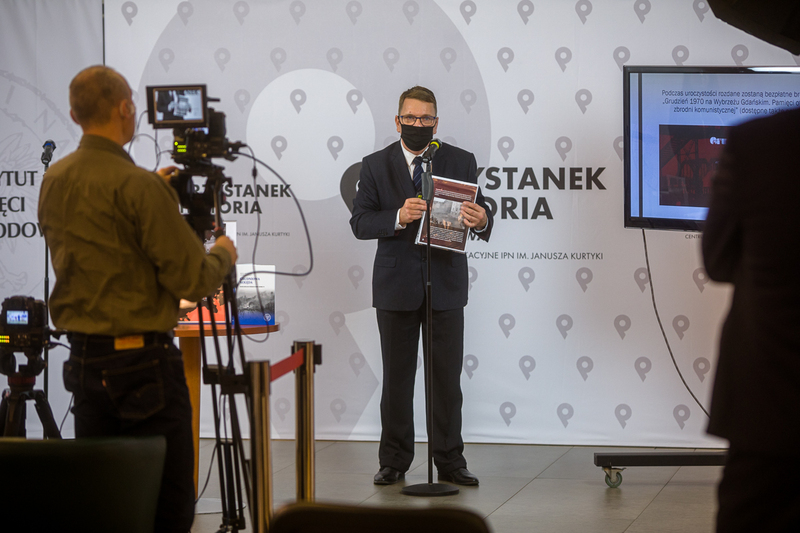 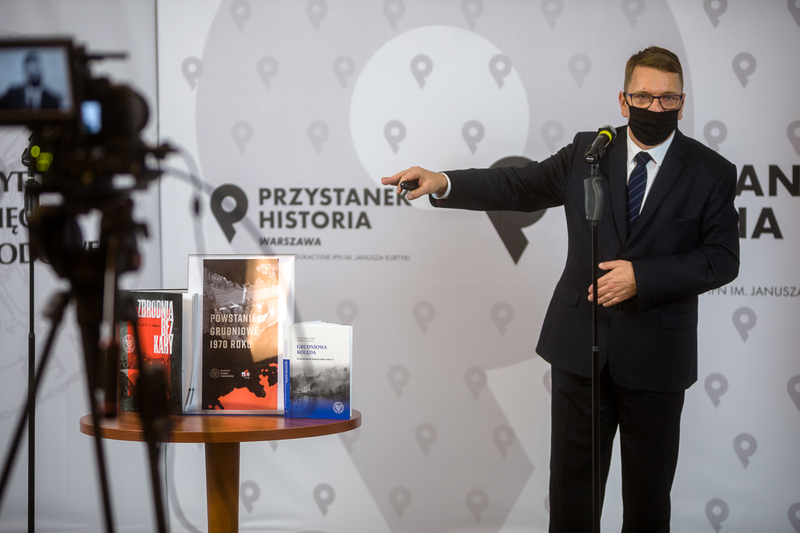 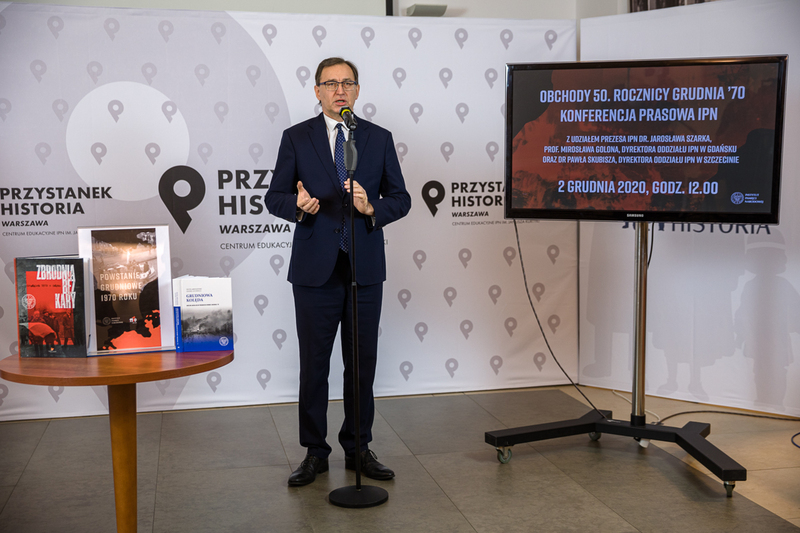 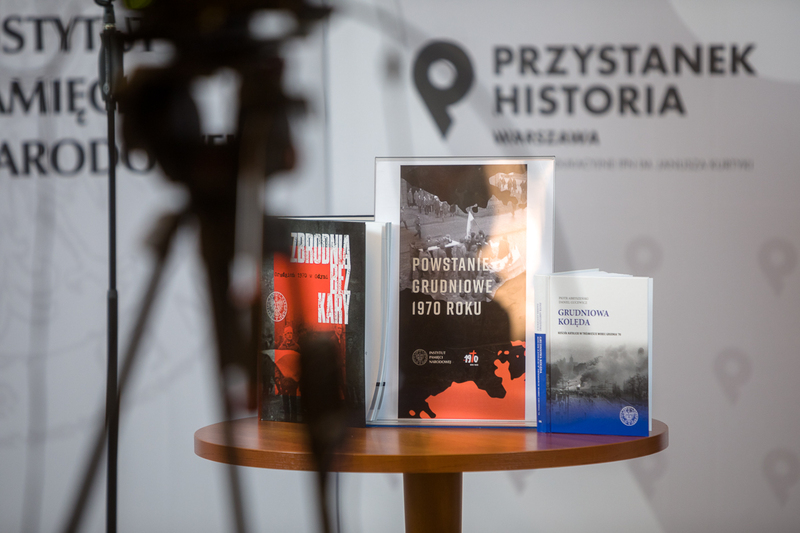 What exactly was December 1970?

Speaking at the conference, the IPN's President Jarosław Szarek, PhD, outlined the significance of those protests:

December 1970 is one of the darkest chapters of the communist period of Polish history. Yet, the sacrifice of protesters ultimately contributed to the downfall of that unlawful system. The streets of the coastal cities swarmed with crowds of workers, stirred by the announced food prices increase. They wanted their voce to be heard, they wanted to speak to the communist authorities – except these authorities had no wish to speak to them, and sent Citizens’ Militia and the army to quell the protests. Shots were fired, dozens of people got killed, over a thousand injured, and several thousand arrested.

Yet, as the head of the Institute stressed, despite the repressions, what happened on the coast reverberated throughout the country.

December 1970 was the bloodiest in the coastal cities, such as Gdańsk, Gdynia, Szczecin or Elbląg, but that resentment of working masses spread to other parts of Poland. Dozens of production plants in the country went on strike, hundreds of leaflets were distributed, and Cracow, for instance, saw three-day demonstrations of students who sympathized with the workers protesting on the coast.

The scale and intensity of the protest forced Moscow to remove the ruling group of the communist party’s First Secretary Władysław Gomułka, who’d been in power since 1956. On 20 December, the position was taken by Edward Gierek. The party was called workers’, but December 1970 was not the first time it turned against workers. These eventleft trauma, hurt, suffering and humiliation. That humiliation was not just the repressions, beating of the arrested in Militia stations, but also night burials of the victims with no one but the immediate family present. From the very beginning, the communist authorities did everything in their power to blot out the memory of that December. Yet, a few weeks later, it had a follow-up: in January 1971, Szczecin saw large-scale strikes which were a protest against the lies published by the local papers. That January strike was about the truth, not about food.

It was a preview of what would come 10 years later, in 1980. It was the seed that grew into August 1980. Strike committees emerged in December 1970, such as the one in Gdynia, and then in Szczecin, and the first demands of free elections of legal trade unions were heard in Szczecin. Another forgotten strike was the one that thousands of women workers of Łódź textile plants went on in February 1971. It was only then that the food prices increase which sparked the revolt – called the December Uprising by some – were cancelled.

On the 50th anniversary of the December 1970 revolt, the Institute of National Remembrance has prepared a number of projects that not only promote knowledge about December '70, but also broaden it significantly. At the press conference, new publications were presented, including “Grudniowa kolęda. Kościół katolicki w Trójmieście wobec Grudnia '70” ["The December Carol: the Tri-City Catholic Church and December 1970]”, “Zbrodnia bez kary. Grudzień ’70 w Gdyni. Przebieg wydarzeń, represje, walka o prawdę, najdłuższy proces III RP” ["Crime without Punishment. December '70 in Gdynia: The Course of Events, Repressions, Fight for the Truth, the Longest Trial of the Third Polish Republic"], as well as “Powstanie Grudniowe 1970 roku” ["December 1970 Uprising "], the latest exhibition prepared jointly by the branches in Szczecin and Gdańsk. Additionally, the media representatives learned about planned events, commemoration initiatives, video materials and the Action-Track-based game which takes the player on a tour of the most important Szczecin locations of December 1970.

The end of the 1960s in Poland was marked by deterioration of social and economic conditions: the image of the so-called little stabilization during Władysław Gomułka’s rule, promoted by the communist propaganda, was steadily drifting away from reality. The price increase of many goods, including food, announced by the authorities on 12 December, 1970, was the last straw for the society. The decision, introduced in the period of Christmas preparations, became the direct cause of protests in several towns on the coast. The workers of Gdańsk were the first to revolt: on 14 December, a strike began at the Lenin Shipyard. In the following days, other cities – Słupsk, Elbląg and Gdynia – joined in.

More on the Institute’s dedicated website (in Polish): https: //grudzien70.ipn.gov.pl/