Along the Sandy Trails with the Carpathian Riflemen

Photographs by Capt. Karol Angerman, 1940–1944. The collection consists of 553 photographs in four notebooks, dated and labelled in a telegraphic style.

The 164 photos were selected as the most representative of efforts and events of daily army life, amid the turbulence of World War II

The photographs in this album come from the collection of Karol Angerman, a mechanical engineer and an officer in the Polish Independent Carpathian Rifle Brigade, taken during the five years of war. As he was leaving home in September 1939, he remembered to pack his Zeiss-Ikon camera into his rucksack. That camera will accompany him throughout the September campaign. Across all the battlefields of Tobruk, Gazala, Naples, as far as Ancona, Rome and Bologna. 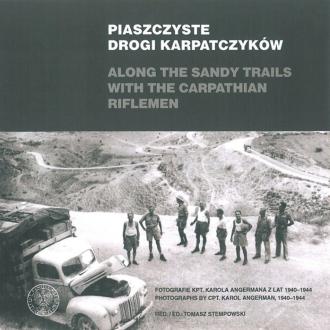