The Stroop Report, originally entitled The Jewish Quarter of Warsaw is No More!, which was prepared for Heinrich Himmler after the destruction of the Warsaw ghetto in 1943, is a unique document in human history.

It is available in Polish and German.

The uniqueness of the report is not tarnished by the fact that, as by Professor Andrzej Zbikowski writes in the introduction to the release of the Report in 2009, it does not differ from hundreds of other German reports on the destruction of European Jews. It describes the liquidation of  Jewish communities in a language of statistics, officially and in a neutral and purely technical tone. However, it reveals in an exceptional way the attitude of Germans towards the Jews as the main ideological enemy of the Third Reich. The report also shows their views on the genocide of the Jews planned in cold blood.

Contrary to Stroop's intentions the Report became a posthumous tribute for the Jewish people. It shows their moral and ethical superiority.

Everyone knows the picture of a little Jewish boy in a large cap standing with raised hands among terrified people at whom German soldiers point their barrels - it comes from the Report. Dozens of photographs form an integral part of the document. They are terrifying and unforgettable.

The Stroop Report was meant to show the courage of the author and emphasize his contribution to the Thousand-Year Reich. For the destruction of the Warsaw ghetto,and other crimes in Europe, he was promoted and awarded by Hitler. At the end, however, the Report became a proof in lawsuits before the courts and tribunals in Nuremberg and Warsaw. 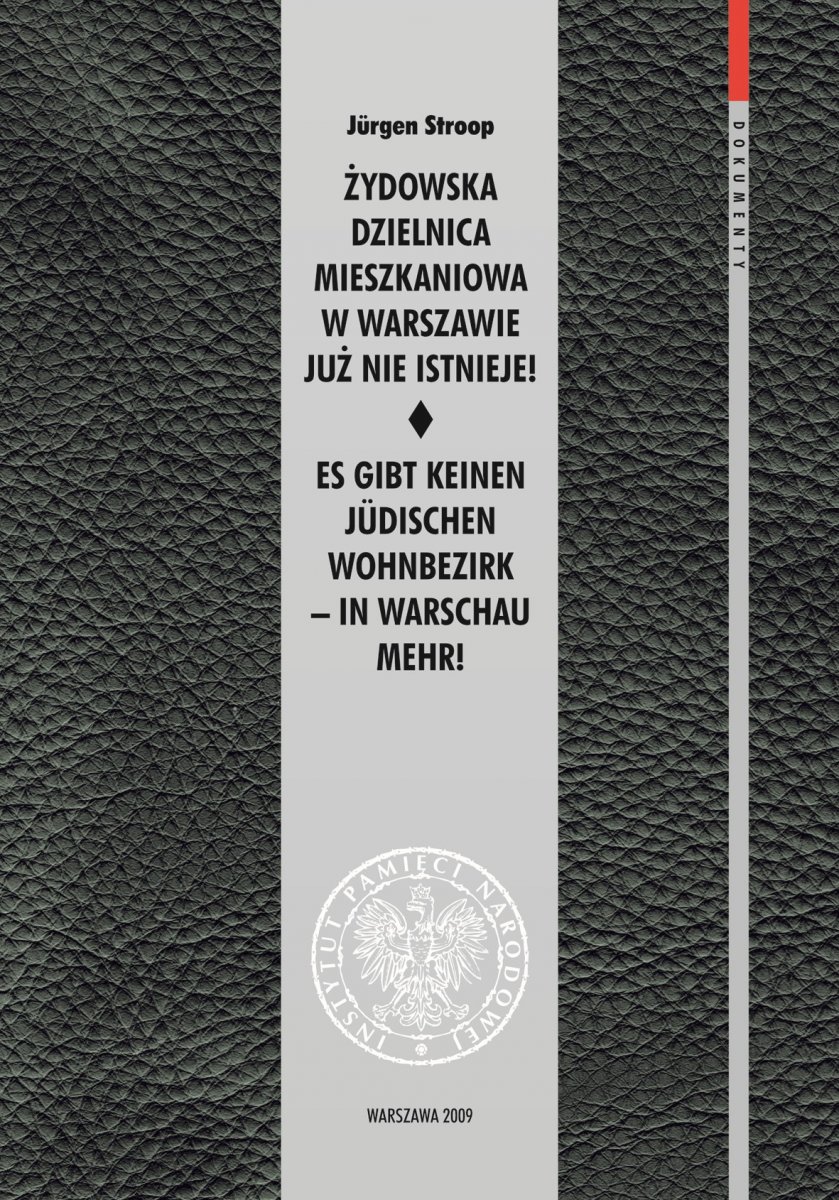