The Risk of Survival. The Rescue of the Jews by the Poles and the Tragic Consequences for the Ulma Family from Markowa; Mateusz Szpytma Ph.D.

The author briefly presents some stories of Poles and Jews in Poland while occupied by the Germans during the Second World War. He focused on the assistance that the Poles granted the Jews during the Holocaust. He devoted particular attention to the village of Markowa in the Sub-Carpathian Region where 25 Jews were hiding. The
history culminates on 24 March 1944 when the Germans killed Józef and Wiktoria Ulmowie and their children and all the other people who were hiding Jews in their households – eight members of the Szall and Goldmann families.
ISBN 978-83-7629-028-7; The Institute of National Remembrance, 2009,
B5 format, hardback, pp. 116 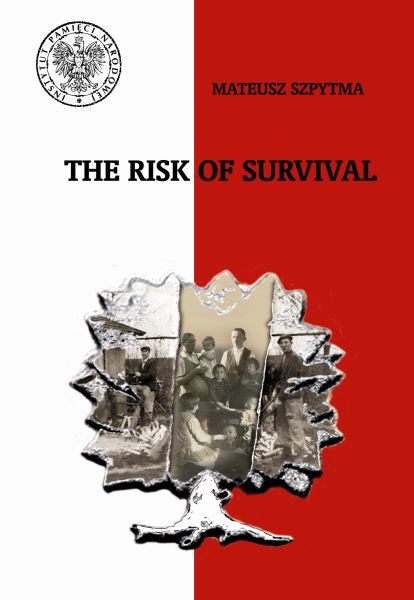