A Broken Childhood. The Fate of the Children from the Jewish Orphanage at 64 Dietla Street in Cracow during the German Occupation / Przerwane dzieciństwo. Losy dzieci Żydowskiego

This book is devoted to the war history of one of Cracow’s social institutions that cared for Jewish orphans. The childcare association was established in the 2nd half of the 19th century and played a very important role in the history of the Jewish municipality in the District of Kazimierz in Cracow. The Second World War put an end to the institution.
ISBN 978-83-936-1172-0; The Institute of National Remembrance,
The Publishing House “Wysoki Zamek”, 2012, B5 format, paperback 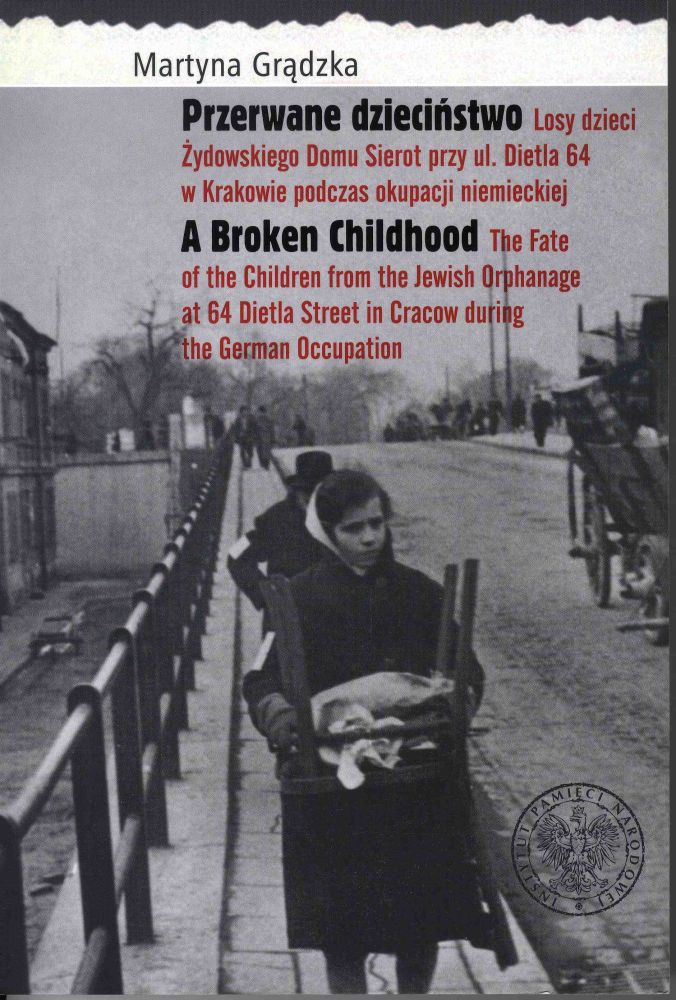