Was the Molotov-Ribbentrop Pact "a pact between two Marxist ideologies"?

The Molotov-Ribbentrop Pact was never intended and never became an alliance based on ideologies shared by Germany and the Soviet Union, since these had little in common. The Pact was evidence of temporarily shared interests that brought Hitler and Stalin together and kept them allied for nearly two years. 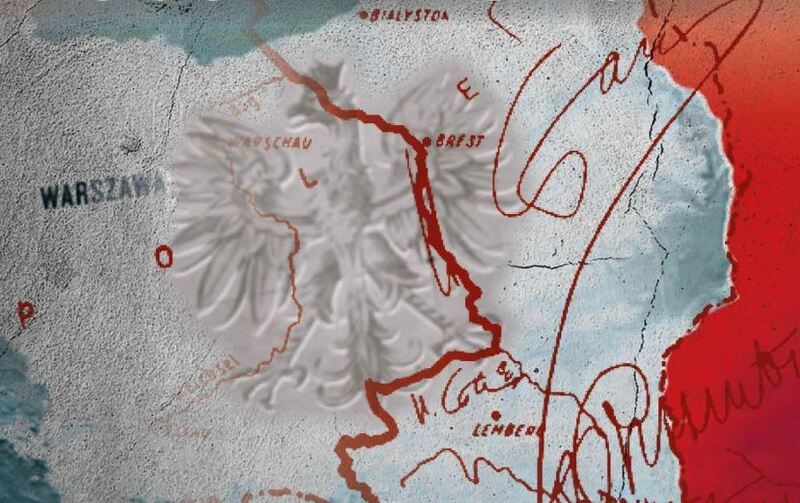 Calling the temporary Hitler-Stalin alliance "a pact of two Marxist ideologies" is ungrounded, and seeing the agreement as ideologically based erroneous. Neither the Molotov-Ribbentrop Pact, concluded on 23 August 1939, nor the Friendship and Border Treaty of 28 September 1939, nor the secret annexes to both those accords contained declarations referring to any shared ideology – because there was none. Moreover, deciding to conclude a pact with the chief enemy, neither of the dictators expected to reach any ideological understanding with his counterpart: the Communist Party was not legalised in Hitler's Germany, and the Soviet Union did not join the Anti-Comintern Pact (!). Both powers' political police and border services guarded the common border carefully to prevent the influx of the hostile ideology.

Any concessions to the other side were temporary and limited in nature. The communist parties worldwide were instructed by the Comintern (i.e. the headquarters of the communist parties, controlled by Stalin) not to blame the outbreak of war on the Third Reich but on the Western democracies and Poland. For two years, the anti-fascism that Moscow had preached before the Pact ceased to be one of the principles of Soviet foreign policy. A similar concession on Hitler's part could be observed in Germany's attitude to the Red Army's aggression against Finland (Winter War 1939/1940), the annexation of the Baltic states, and the claims Moscow made against Romania (1940). Berlin did nothing to support those states in their conflict with the Soviet Union, although they either sympathised with Germany or asked for its assistance.

If not ideology, what prompted Hitler and Stalin to conclude the Pact then? It was briefly common interest in destroying the existing order established in Central and Eastern Europe by the Treaty of Versailles of 1919 and the Peace of Riga of 1921. The conclusion of the Pact enabled Hitler to invade Poland without the risk of Stalin's sudden entering the war on the opposite side, and at the same time, it significantly reduced the likelihood of the Western Allies' support for Poland. The price Germany decided to pay for such significant expansion of the Soviet Union's influence, along the lines of the division of spheres of interestwas high. As for Stalin, aiming to "export the revolution" to the West, the war in Europe was a convenient opportunity. Moreover, both countries profited from the economic exchange (the Third Reich undoubtedly more so) and technology transfer (here the Soviet Union was the principal beneficiary).

Both Hitler and Stalin were fully aware that once the demarcation line was reached, the two totalitarian states would share a border, and their clash would be inevitable sooner or later – which testifies to the provisional nature of their agreement. The loud publicity about German-Soviet friendship by the respective propaganda machines in no way reflects the real intentions of the dictators, and even the societies in both countries received it with incredulity. Internal propaganda was nevertheless necessary to justify the Pact with the most chief ideological enemy. On the other hand, international presentation of the Pact as an alliance based on solid foundations was indispensable for both dictators (more so for Hitler, however, because after the invasion of Poland, the British blockade threatened to isolate the Third Reich).

Ideologically, there was no rapprochement between Berlin and Moscow in 1939, and the two totalitarian states continued to pursue different objectives. The Marxist ideology of the Soviet Union was invariably combatted in Germany under Hitler, who aimed to create the Greater German Reich, a power free from 'foreigners' or racial enemies, namely Jews, Slavs and Roma people. The Third Reich idealised a national community (Volksgemeinschaft) to which only Germans could belong. The NSDAP agenda, co-created and implemented by Hitler, was nationalistic and racist, and any leftist postulates (e.g. in terms of the social policy) it included only reflected Hitler's populism. They were aimed at attracting broad masses of society, and, as it turned out, succeeded in securing the legal victory in the elections for the NSDAP. Since only members of the national community  – Germans themselves – enjoyed privileges, the Marxist nature of the Third Reich ideology is out of the question. It is also clearly evidenced by the fact that from the establishment of the Third Reich in 1933 to its collapse in 1945, Gestapo repressed the left-wing, that is, social democrats and communists. The persecution did not stop in the years 1939-1941, when the Molotov-Ribbentrop Pact was in force: the leader of the German Communist Party, Ernst Thälmann, remained in prison, and Stalin never demanded his release.

However different the objectives of the Third Reich and the Soviet Union were, they were implemented by similar methods. In this respect, totalitarian states do not differ: full power rests in the hands of one party, the dictator has a very strong position (and cult), the role of the political police is central and the state operates a system of penal camps, militarism and the desire for expansion are clearly visible, propaganda is omnipresent and social and economic life closely controlled.

The ad hoc nature of the Molotov-Ribbentrop Pact and the lack of Berlin and Moscow’s common ideology are also reflected by the short period the Pact was actually in force. Although it was signed for ten years (with the possibility of extension for further five unless terminated by either side), friction between the signatories was present from the very beginning, and it was effective for less than two years. As early as in 1940, both dictators must have realized that the time of shared interest – dividing Europe into spheres of influence – was over, and further expansion by the Third Reich would have to violate the interests of or be carried out at the expense of the Soviet Union, and vice versa. A clash was inevitable. On 18 December 1940, Hitler decided to invade the Soviet Union, and in the war that began on 22 June 1941, both sides presented their opponent as a primarily ideological enemy.