On October 19th 1984 priest Popiełuszko, the pastor of the working class, organiser of Masses for the motherland, one of the chaplains of “Solidarity” was arrested. For the last two years of his work at the Stanisław Kostka church at Warsaw’s Żoliborz district, he had to face the Communist Security Service hemming in. 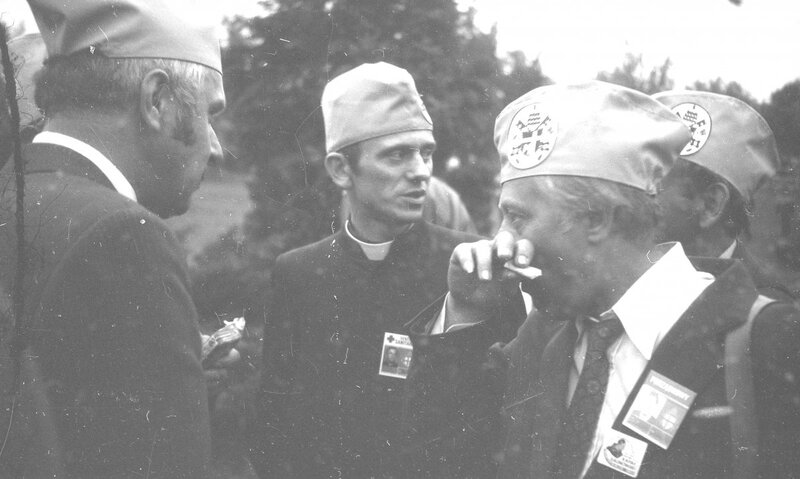 The operative case file (SOR) codename “Popiel” found at the Warsaw Regional Court and handed to the Institute of National Remembrance is one of the few remaining physical pieces of evidence proving that priest Popiełuszko was invigilated by the Security Service. It shows very clearly, how the Communists perceived the activity of the Żoliborz priest. They hadn’t seen him as a priest who was simply engaged in public matters and wanted to help those in need, but rather as a politician convincing the people to change the system.

The first document in the file is the motion from July 26th 1982 to begin operative work against pr. Popiełuszko. In the motion, apart from Popiełuszko’s personal information – his address, profession and family, there were also reasons for why the SB (Security Service) begun the invigilation, but also goals they wanted to achieve by this. It was written, that Popiełuszko became the person of interest because of his ties with activists of the NSZZ “Solidarity” and also due to the fact that “using a church charity event to give away medicine brought from abroad he takes part in anti-socialist activities”. The purpose of oppressing pr. Popiełuszko was to stop his cooperation “with organisations and communities hostile to the People’s Republic of Poland” and the neutralisation of his “hostile activities in the Catholic communities and his closest environment”. The officer who filed the motion also noted, that pr. Popiełuszko held Holy Masses with Warsaw actors to “commemorate certain anniversaries”, giving them “a political overtone”. They were the famous Masses for the motherland.

Holy Masses for the motherland

On July 27th 1982, a letter came to the Office for Religious Affairs (an institution created in 1950 to make the Catholic Church’s life difficult) from Józef Paliwoda, a citizen of Warsaw. In said letter, Paliwoda reported that in the St. Stanisław Kostka parish in Żoliborz, 2 days earlier, during a Holy Mass there were “artistic performances of very anti-state and anti-socialist overtone”. The author of the denunciation wrote, that the artist performing at the church “with specially procured song lyrics and modified declamations of well-known poems spread hatred towards the people’s authorities and urged for hostile actions against them”. The Mass took place in a special, anti-Communist scenery: national flags had black ribbons attached to them and in the central, honorary place “shined” an eagle with a crown (the coat of arms of Poland, the crown symbolises independence and had been removed from all national symbols during the Communist-era; translator’s annotation). All this, according to citizen Paliwoda, was “aimed at completely disgracing the system of People’s Poland”.

In reality, the Holy Masses lead by pr. Popiełuszko were not only a chance to pray for Poland, but also an oasis of freedom in an enslaved country. “I felt like I was in another world, that it wasn’t the horrible reality of the martial law” – recalled pr. Jan Sikorski, who also had ties with the “Solidarity”.

The first Holy Mass for the motherland in the St. Stanisław Kostka church was held by the parish’s rector, pr. Teofil Bogucki, on February 22nd 1981. Priest Jerzy Popiełuszko took over during the martial law.