The Fourteen Points Speech. A plan for the world, a sign of hope for Poland

President Wilson’s address to a joint session of the United States Congress included a peace program regarding the world war that had been going on for three years. It was an offer which was ground-breaking in many ways. 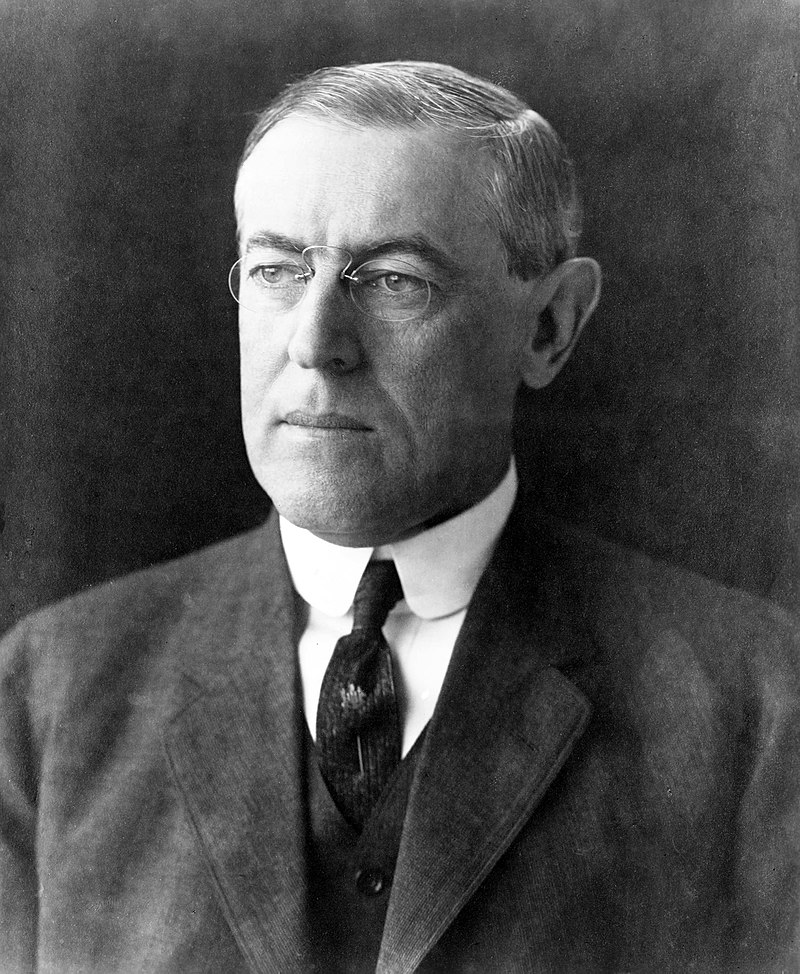 Although the vision of the post-war order concerned mainly Europe where the First World War had been taking a bloody toll, it was formulated by an American politician, the leader of the country which joined the fight only a few months prior. For Poles, treated instrumentally by the occupying powers, the postulate of an independent state was of huge significance. One of the most important sides of the conflict proclaimed restoration of free Poland to be one of the conditions for ending the war.

An independent Polish state should be erected which should include the territories inhabited by indisputably Polish populations, which should be assured a free and secure access to the sea, and whose political and economic independence and territorial integrity should be guaranteed by international covenant.

Not only the military, but also the political engagement of the United States of America in the external matters, especially European ones, was very limited for the next decades due to the doctrine of isolationism, meaning the restraint of the US in engaging in conflicts which didn’t affect it directly. The rule, defined already by the end of Washington’s presidency (1796), had already been modified for more than a hundred years due to the development and territorial growth of the United States. Already in 1823, it adopted the form of the famous Monroe Doctrine. Its name derived from the name of the fifth president who – sustaining the notion of not engaging in wars between European states – described the territories of both Americas as especially important for the position and security of the United States, which de facto meant considering the majority of the New World as the US area of influence.

The following decades brought new interpretations of the Monroe Doctrine, which could be exemplified by the policies led by the 26th US President, Frank Theodore Roosevelt. When in 1914 war broke out in Europe, isolationism wasn’t such a fundamental rule for American activities; however – especially in declarations – it was still present.

In the beginning of the First World War, the USA declared neutrality, keeping the diplomatic and trade relations with both sides of the conflict. Among the society, sympathy towards England and France was the most prevalent as well as aversion towards the aggressive German policy. The German aggression on the neutral Belgium tipped the scales of American support even more on the side of the Entente.

A crucial moment was the sinking of the transatlantic steamship Lusitania by a German submarine in May 1915 which resulted in the deaths of 1198 people, including many US citizens. From that moment on, the atmosphere among the American citizens was distinctly anti-German; pro-war slogans also grew in popularity.

At first, Woodrow Wilson was the supporter of neutrality and praised the idea of “splendid isolation”, yet in time he changed his mind and pushed for the United States to engage in the conflict, in the beginning as an arbitrator and mediator. However, as a result of the events taking place in Europe and the shift in the views of the American society, he decided to join the war. The interception of a certain telegram was also very important in all this…

On January 16th 1917, Germany sent a decrypted message to the Mexican authorities. It promised them financial support in exchange for backing the Central Powers, waging war on the USA and, by doing so, stopping the American plans to join the fight in the Old Continent. In this context, the government in Berlin presented the southern neighbour of the US the possibility of regaining the territories lost by Mexico (New Mexico, Texas and Arizona). Only one response of the American leader was possible – joining the war on the Entente side.