The NKVD's Polish Operation was the first genocide against the Polish nation, and claimed the lives of 200 thousand Poles. 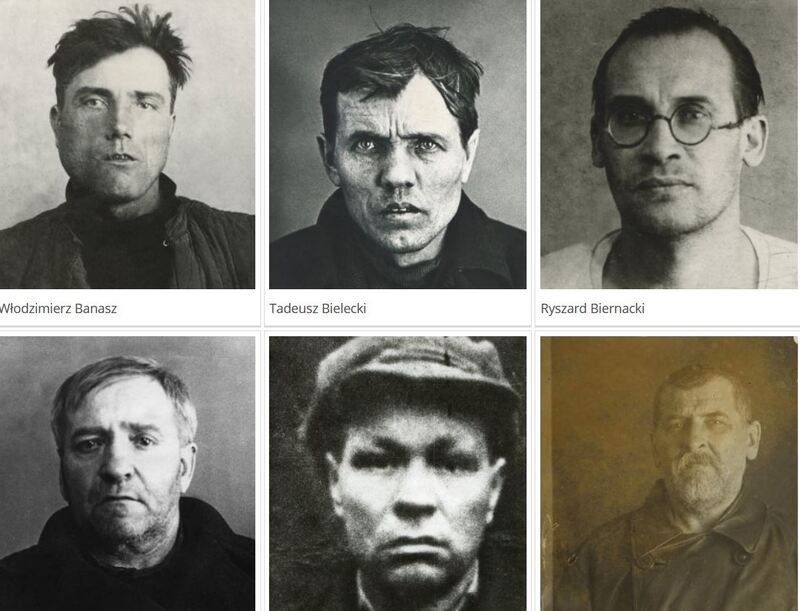 The number of victims of the Polish operation is shocking, given that at that time there were approximately 1.5 million Poles living in the entire Soviet Union. The proportion of death sentences and imprisonment sentences issued during the Polish operation is also shocking. Well, about 80 percent were murdered. among all the repressed. As calculated by the American historian Terry Martin, Poles were then 30.94 times more likely to be shot than members of other ethnic groups living in the USSR.

The order to carry out this unprecedented extermination action was issued by the Soviet dictator Joseph Stalin and the head of the security service, Nikolai Yezhov

There is no doubt that the Polish NKVD operation was genocide. It meets all the criteria for the definition of this phenomenon created by Rafał Lemkin. According to it, genocide is an act "committed with the intention of destroying all or part of national, ethnic, racial or religious groups as such".

The only criterion which the NKVD functionaries used during the slaughter of Poles in 1937–1938 was precisely the nationality of the victims.

It began with a bloody internal purge whose victims were communist activists of Polish origin, Red Army officers and Chekists (secret police officers). It did not end with the scores settled by the red thugs. The crackdown on Polish communists became a catalyst for a much wider genocidal operation against all Poles.

The impulse to carry it out was the famous order No. 00485 issued on August 11, 1937 by Nikolai Yezhov. The head of the NKVD wrote in it that the Polish Military Organization had deeply infiltrated the USSR, and called for the physical elimination of Polish agents.

In fact, however, no Polish Military Organization existed. It was a figment of the imagination of the NKVD functionaries, and the criteria contained in the order meant that virtually every Pole living in the Soviet Union was exposed to repression. There were two penalties. Either being shot by firing squad or - for "less dangerous" persons - being sent to a labour camp for 5-10 years, which was often the same. The conditions in the Soviet concentration camps were terrible and people died like flies in them.

For Poles there was introduced a special method of murder, the so-called album mode. It was an out-of-court procedure. The names of those sentenced to death were entered into a special album, which contained a short description of the "anti-Soviet crimes" they had committed. The album was then sent to Moscow, where Nikolai Yezhov and the sinister communist prosecutor Andrei Vyshinsky signed the sentences in bulk.

The Polish operation was supposed to last three months. In fact, it lasted for a year and a half.

The terrible mechanism that led to this great slaughter of Poles resembled a snowball and was characteristic of the entire great terror. During night interrogations, NKVD investigators forced the arrested Poles to confess, using brutal beatings and sophisticated torture, that they were members of the Polish Military Organization. Polish nurses admitted that they poisoned Soviet children on the orders of this organization. Workers admitted that they were destroying machines. Kolkhozniks (collective farm worker) confessed that they set fire to farms and barns.

Whips, clubs, bayonets, pistol flasks, and even electricity were used to make the arrested confess to conspiracies. A whole range of tortures was used, which several years later - after 1944 - were introduced by the Chekists in the occupied Poland. They included tearing out nails, putting out cigarettes on one's hands, injuring kidneys, crushing testicles in desk drawers.

In the case of the Polish operation, we have detailed descriptions of some macabre practices. In 1939, after the end of this phase of terror, Stalin decided to replace the Chekist team. Yezhov and his men were exterminated, and in their place there came a new, no less bloodthirsty team led by Lavrenty Beria.

As part of the trial against the Yezhov terror, a number of criminal cases were conducted, during which the backstage of the operation was revealed. And so, for example, the NKVD functionary Mikhail Gluzman said: "Manko ordered all 15 arrested persons to take off their pants and the first three to lie on the floor. Three [officers] beat the interrogated with whips. At that time, Manko made the remaining 12 persons shout: »I am a Nazi, a fascist, I received Nazi marks 15 times«. After the beating of the first three was over, the arrested were asked: »Who wants to testify?«. Everyone, as one man, raised their hands."

And next: "Once, in June 1938, I accidentally entered Maluka's office and found one prisoner there, whom Maluka and two other people were forcing into holding electrical wires without insulation in their hands. The man was all blue. A prisoner female paramedic from Zhytomyr, Matrina Gnienna, told how she was repeatedly called to prisoners who had been tortured during the investigation. The NKVD activists forced her to write out a false death certificate each time, in which she had to write that the prisoner had died of a heart attack or other disease.

Tormented, broken people were forced to give the names of their alleged companions from non-existent networks of the Polish Military Organization. Taken to the end of their endurance, they mentioned the names of people they knew: friends, family members, colleagues. These people were immediately put behind bars, where the entire procedure was repeated. More nightly interrogations, more tortures and dozens of names. Over and over again. The number of murdered and "detected Polish spy networks" grew rapidly.

The NKVD officers, like all other Soviet people, had to meet the norm. For example, in Zhytomyr, each investigator had to obtain eight "breaks" of the arrested daily. If an officer did not fulfil this standard, he could change places with the accused. He could be considered an anti-Soviet saboteur who torpedoed investigations and acted in concert with conspirators.

It is not difficult to imagine the effects of such a devilish system. Not only did NKVD functionaries invent the most preposterous accusations, but they also used bestial torture to force the arrested to confess. Just faster, just to unmask more Polish spies and detect more  cells of the Polish Military Organization.

Joseph Stalin, who personally supervised the progress of the Polish operation, encouraged the perpetrators to "work hard".

As a result, Poles became game. They were searched for in telephone directories (a surname ending in "-ski" or "-wicz" was enough), in  human resources departments of workplaces and on lists of tenants. Round-ups were carried out in Polish towns.

Soon all such formalities ceased to play any role. Poles were murdered on such a massive scale that no-one bothered about death certificates or even ... sentences. One of the torturers, Grigory Viatkin, revealed that at the height of the Polish operation, the Chekists even violated the principles of the criminal Bolshevik law. In many cases, people were murdered first and sentences were approved later. There were situations in which names, dates of birth and cells were mistaken. As a result, completely random people were shot only because they had similar names to those sentenced.

There is a known case of an extremely cruel NKVD officer from Kuybyshev - Ivanov. "He conducted one-kick killing competitions," wrote Tomasz Sommer in his book "Anti-Polish Operation". – On the other hand, while walking in a white coat, with the help of a special tool, he tore people's throats, thanks to which he earned the nickname "Doctor" among his companions. Ivanov demanded sympathy because of his lost health in connection with the intensive execution of death sentences.

Tortured Poles were buried in cemeteries used by the Cheka since the revolution. They were buried in the wastelands and thrown into rivers. It happened that the murders took place in abandoned churches and monasteries. The victims were also buried there. The driver of the Kiev NKVD Musogorski testified: "People were shot in the basement of the prison, and at night the bodies were loaded onto trucks with special tongs. With these tongs we grabbed the bodies by the necks and legs and threw them onto the trailer. Then we covered them with a tarpaulin and took them to Bykivnia. Bodies were thrown into the pits on top of one another."

REVENGE ON THE FAMILY

The death of the accused, however, did not end the case against him. After the execution - in accordance with the personal instructions of Yezhov - the repressions fell on the families of the dead. Wives were arrested immediately and sent to a concentration camp in the snow for a minimum of five years. Rarely did any Polish woman come back from there. The children of the killed "enemy of the nation" were packed either to a labour camp (over the age of 15) or to an orphanage far from their place of residence, where efforts were made to oust Polishness from them.

The entire property of the repressed family was also confiscated. After his wife's arrest, special seals were placed on the door of the house. As the model of a multigenerational family was in force at that time, in practice it meant that the murdered Pole's parents were driven out into the street. Deprived of property, shelter and earning opportunities, they generally did not survive the first winter.

Our human resources losses from this period include also a large part of the tens of thousands of Poles displaced to Kazakhstan. During the Polish operation, the Bolsheviks deported Poles living near the border with Poland. Deportation took place in terrible conditions, many people - especially children - did not survive the road. Others died in huts in the Kazakh steppes.

The Polish operation of the NKVD in the years 1937–1938 is one of the greatest crimes committed against the Polish nation in its history. Ten times more Poles died there than in the Katyn operation and twice as many as in Auschwitz and during the Ukrainian genocide in Volhynia and in Eastern Galicia.

Nevertheless, the information about the slaughter of 1937–1938 did not actually reach the awareness of the Polish public opinion. The vast majority of Poles have no idea that this genocide happened. And its consequences were enormous.

The Soviets managed to almost completely oust Polishness in the so-called farther Borderlands. Erase any trace that these lands once belonged to the Polish-Lithuanian Commonwealth. "The word genocide," wrote Tomasz Sommer, "most accurately reflects the essence of the extermination of Soviet Poles. Even compared to other crimes of the Great Terror, the scale of these murders is particularly impressive. Certain demographic groups of Poles were murdered almost entirely, which led to the dystrophy of Polish families, and this, in turn, led to the collapse and the disappearance of Polishness as such. The Soviet authorities proved that in order to eliminate a nationality, it is not necessary to kill all its members, it is enough to murder people who maintain its social structure - that is, men in the prime of life, and forbid referring to their ethos. After the spine is removed, the rest of the social tissue will collapse on its own."