The Greater Poland Uprising in the years 1918–1919 was a Polish national uprising. It is one of the most important events in the history of Greater Poland. It also became an element of the patriotic tradition of the inhabitants of this region. The Greater Poland inhabitants participated in all the military efforts of the 19th century, making both human and material sacrifices. 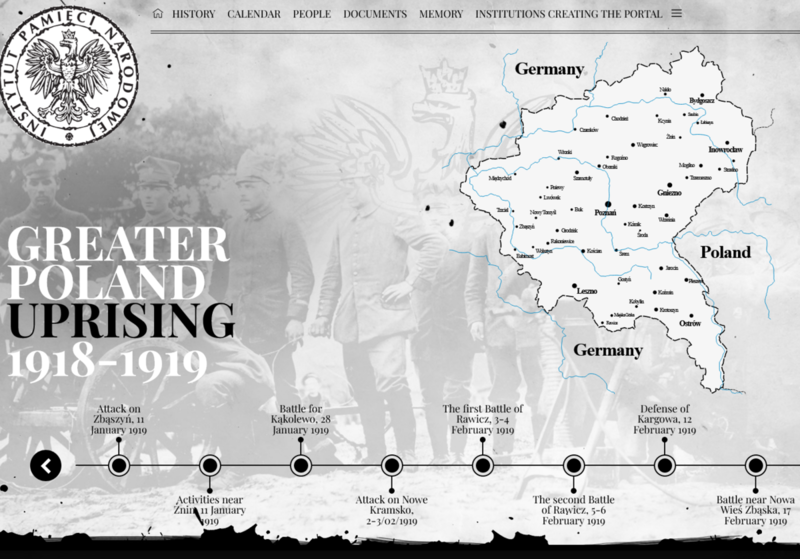 The armistice signed on 11 November 1918, which ended World War I, left the Province of Poznań within the borders of the German Republic. However the disappointment among Poles did not stop their independence aspiratins. On 27 December, a shot fired  by German soldiers into the crowd of Polish demonstrators triggered fights in Poznań. The uprising started.

Behind the Scenes of the Greater Poland Uprising

What events led to the outbreak of the Greater Poland Uprising in December 1918?

The Greater Poland Uprising has been analysed mostly in terms of its battles, which are dynamic, the most attractive and easy to remember. However, all events and phenomena throughout history are merely links in a never-ending chain of events, each of which has its cause and each of which is a starting point for further facts. Before the outbreak of the uprising in Poznań, certain specific circumstances had appeared which urged the people to start the fight. It is therefore necessary to describe the historical background.

Read more: Behind the Scenes of the Greater Poland Uprising

President of the Republic of Poland Andrzej Duda took part in the celebrations of the National Day of the Victorious Greater Poland Uprising in Poznań in front of the uprising’s monument on 27 December 2021. Read more

On 27 December 2021, the National Day of the Victorious Greater Poland Uprising was celebrated for the first time. Among the initiators of the establishment of this national holiday was also the IPN, which on this occasion has prepared many events, such as a nationwide exhibition, concerts, press supplements and ceremonies commemorating the heroes of the uprising that took place 103 years ago. Read more