The Battle of Warsaw is considered the eighteenth decisive battle of the world, as the Poles succeeded in preventing the Bolshevik march to the West. We are presenting information on the IPN's activities connected with the centenary of the event. 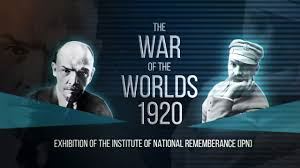 Press conference on the IPN's activities connected with the centenary of the Battle of Warsaw, 11 August 2020

The Battle of Warsaw is considered the eighteenth decisive battle of the world, as the Poles succeeded in preventing the Bolshevik march to the West. We are presenting information on the IPN's activities connected with the centenary of the event across Poland at today's press conference at 12.00., at the Janusz Kurtyka Educational Center in Warsaw. 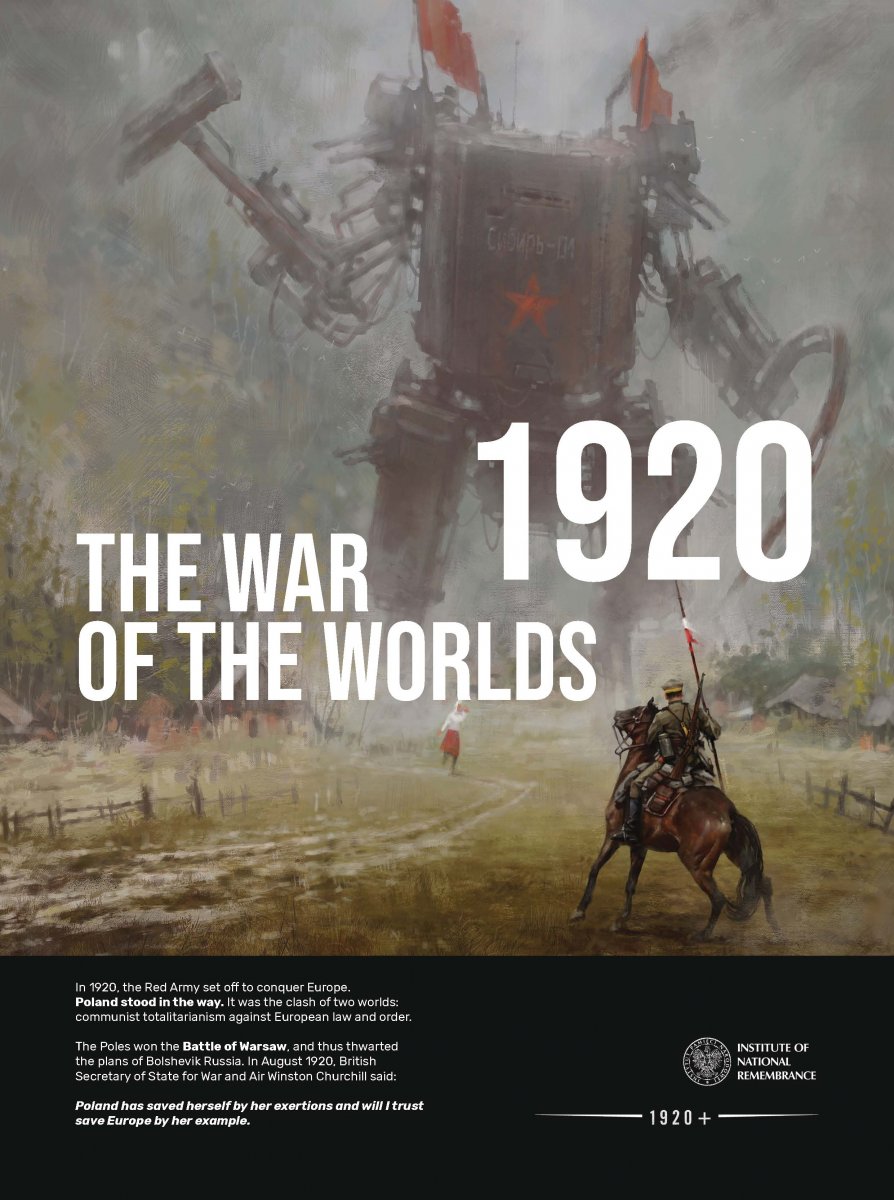 Jarosław Szarek: The Battle of Warsaw 1920. The Defeat of the Empire of Evil

The text below written by the President of the Institute of National Remembrance on the 100th anniversary of the Battle of Warsaw appeared in the French daily "L'Opinion" (14 August 2020) alongside with articles by Prime Minister Mateusz Morawiecki and Prof. Andrzej Nowak. It was simultaneously published in the monthly "Wszystko co najważniejsze", and in newspapers in Latvia, Estonia and Algeria.

“It was good to fight for Poland!”

An article written by the President of the IPN Jarosław Szarek, Ph.D. for the "Rzeczpospolita" newspaper. 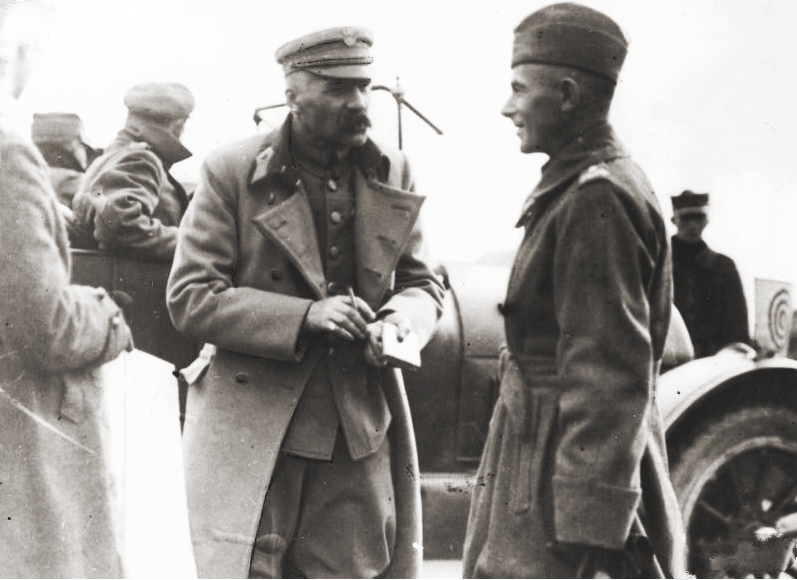 We invite you to read an article by Mirosław Szumiło, D.Sc. on the Battle of Warsaw, 1920. The text is also available in French and Russian. 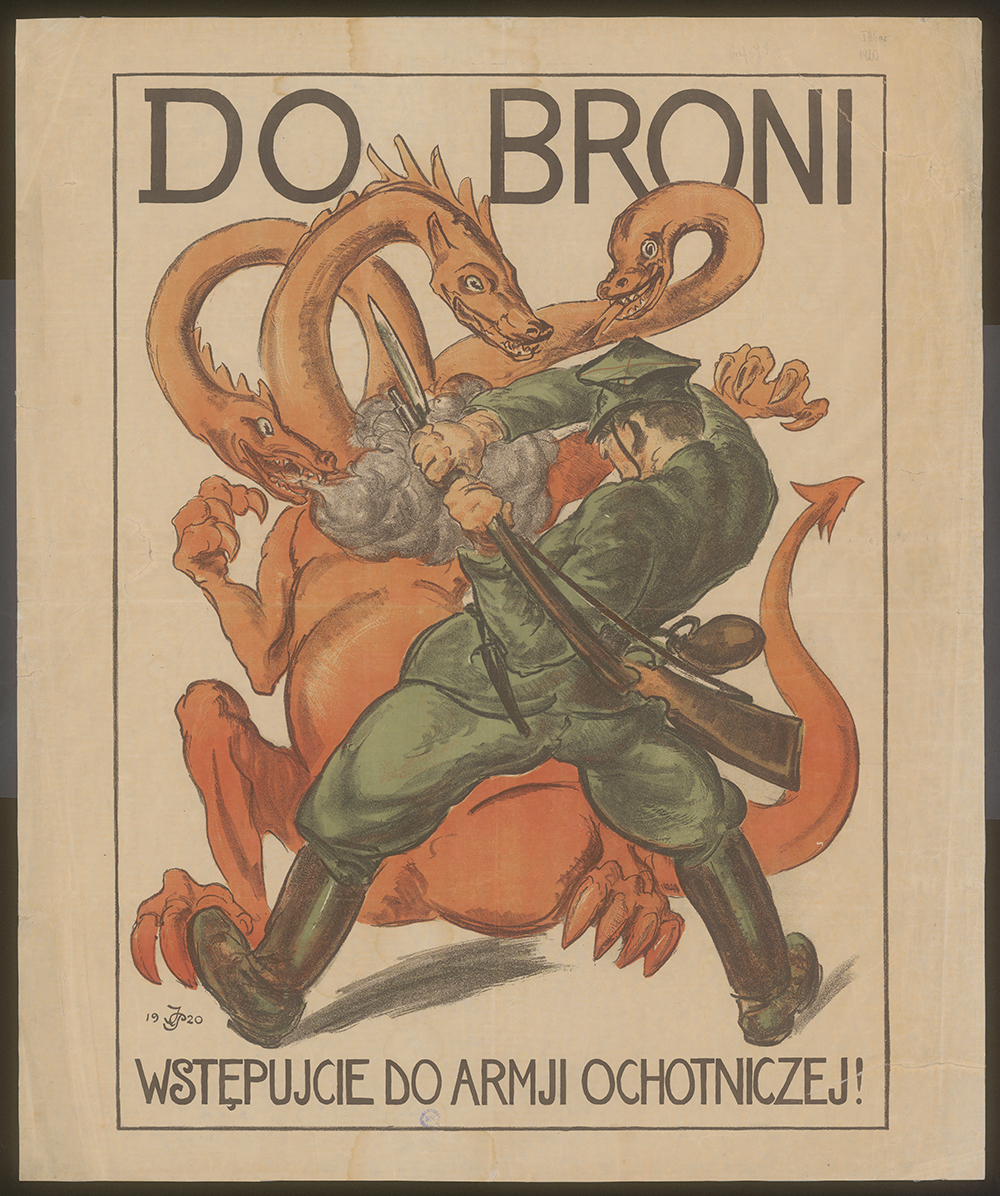 A trailer to the IPN's "War of the Worlds" exhibition

We encourage you to watch a trailer to the IPN's "War of the Worlds" exhibition in both English and French versions. 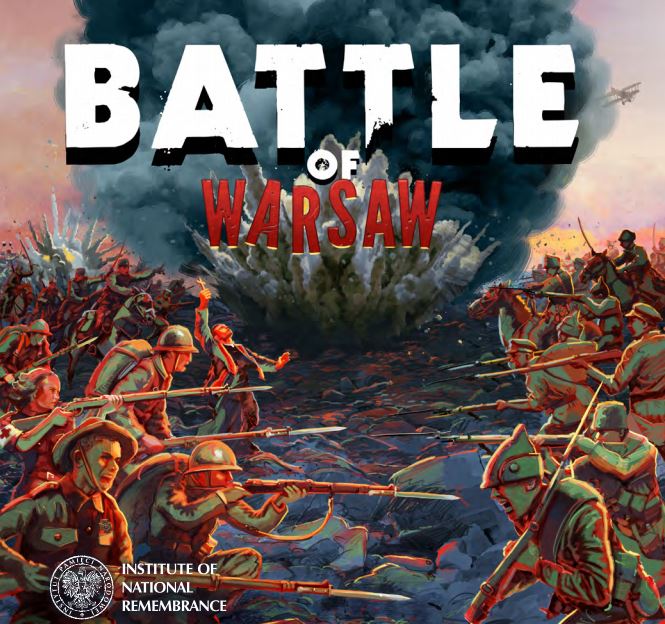 The IPN's animation on the Battle of Warsaw

We encourage you to watch the IPN's animation on the Battle of Warsaw in both English and French versions. 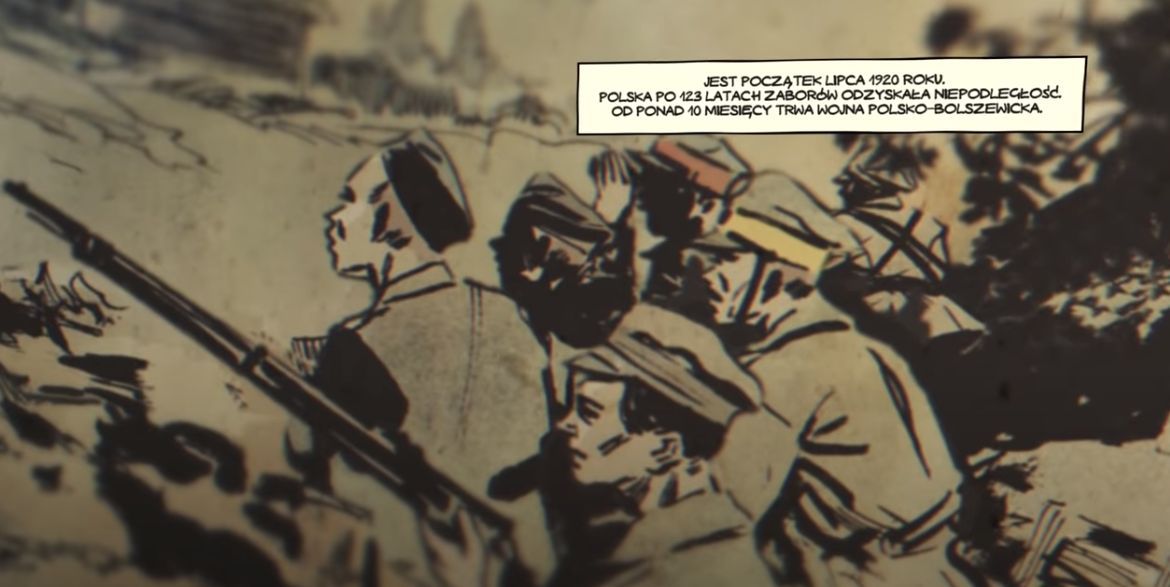 Paweł Libera, Ph.D., the IPN's Historical Research Office on the reasons, course and consequences of the Polish - Soviet War.

We encourage you to watch an animated film on the basis of the IPN's "Srebrni on the Routes to Independence" comic books series. 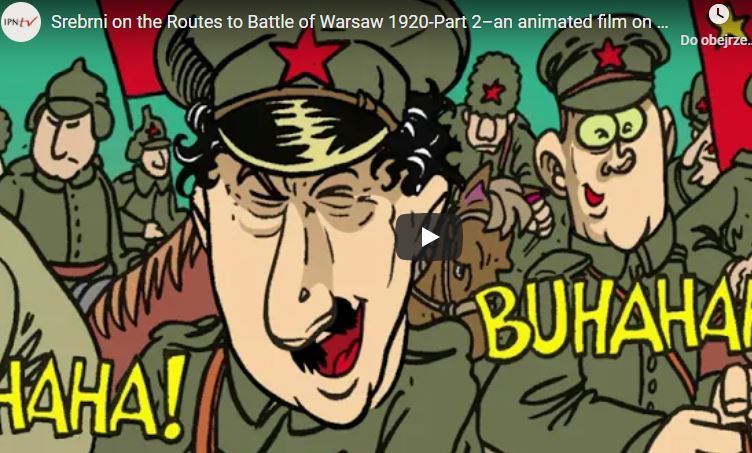 On 17 September at the IPN’s Janusz Kurtyka Educational center a press briefing devoted to “20-40-20” exhibition alongside with the screening of a feature film was held. 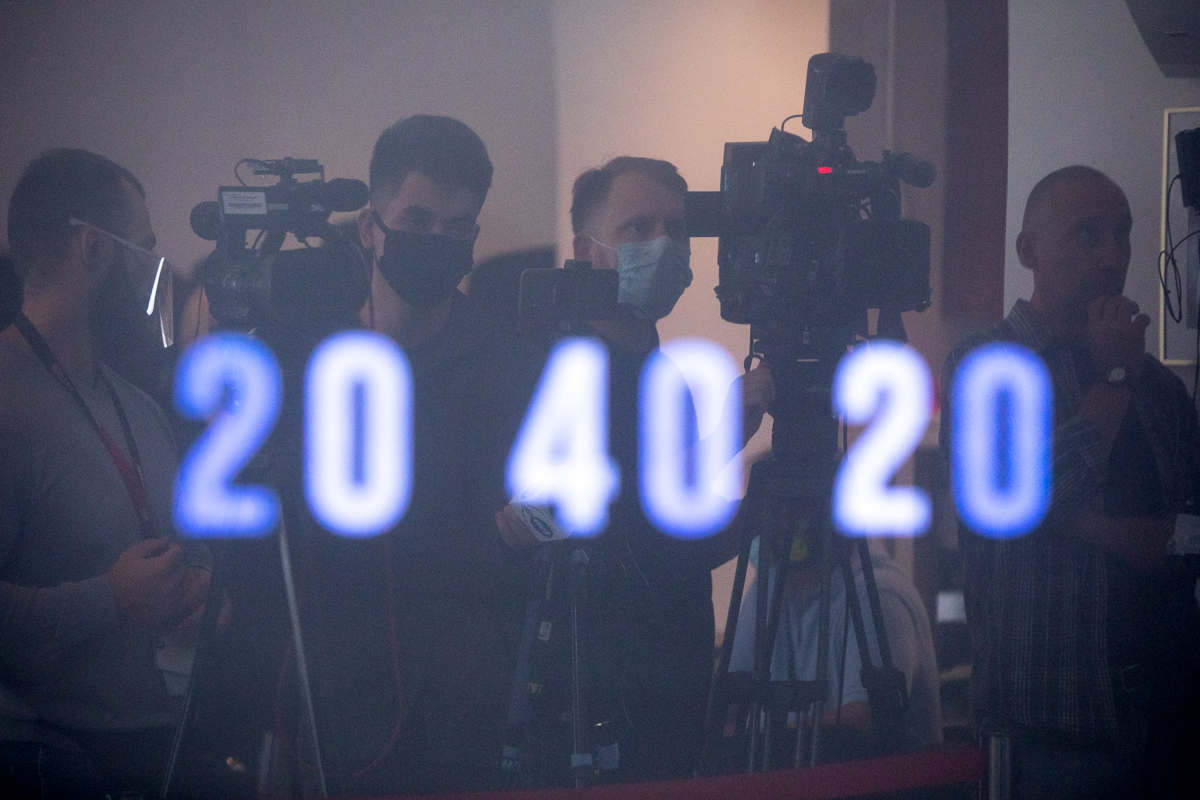 “One of the most significant and least known battles in the turbulent 20th century history” – Roger Moorhouse on the centenary of the battle of Warsaw, 1920 (exclusive)

The film makes a point that the battle, which had stopped the Soviet export of the revolution “westward, most notably to Germany” for “a generation after 1920”, “fully deserves its place in history, and fully deserves to be commemorated and remembered”. If this fact has not been commonly acknowledged, it is perhaps because the battle “does not really fit into the Western narrative, which concentrates very strongly on the two world wars. And more than that, it took place in Eastern Europe, which is of course Western Europe’s traditional blind spot”. 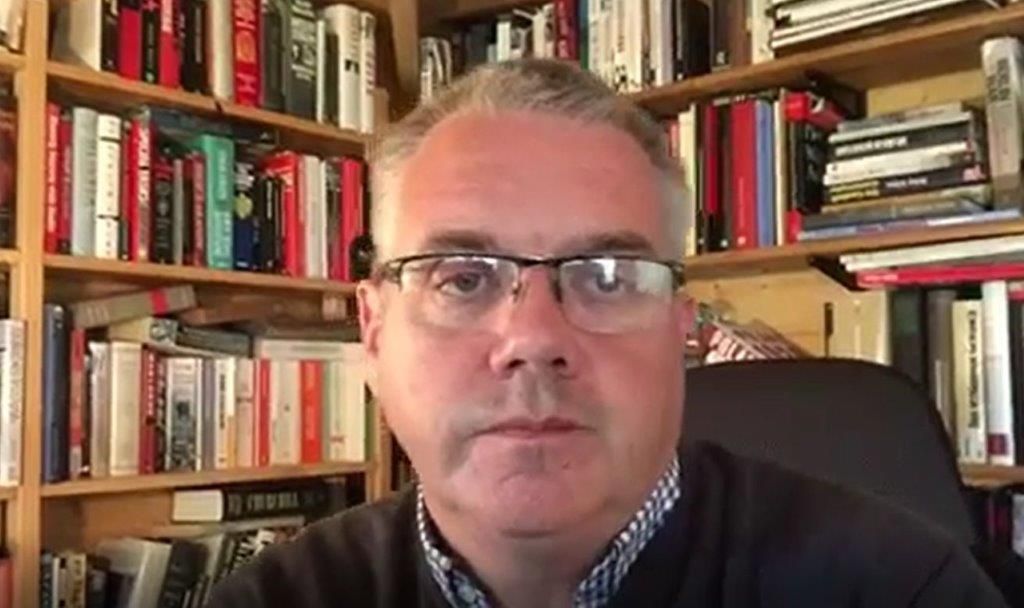 Roger Moorhouse on the export of the Revolution in 1920 (exclusive)

In his second longer exclusive film Roger Moorhouse depicts in detail the situation in Germany in the aftermath of the First World War. He points out that the Polish victory in the Battle of Warsaw was a key factor in stopping the export of Bolshevik revolution westwards. 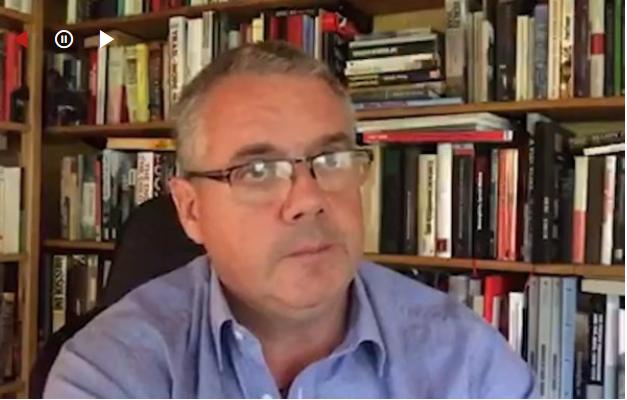 Mirosław Szumiło, D.Sc. on the significance of the Battle of Warsaw

Why did the Battle of Warsaw of 1920 determine the fate of the world?

Mirosław Szumiło, D.Sc. from the IPN’s Historical Research Office talks about the significance of the Battle of Warsaw for the fate of Poland and the whole world. 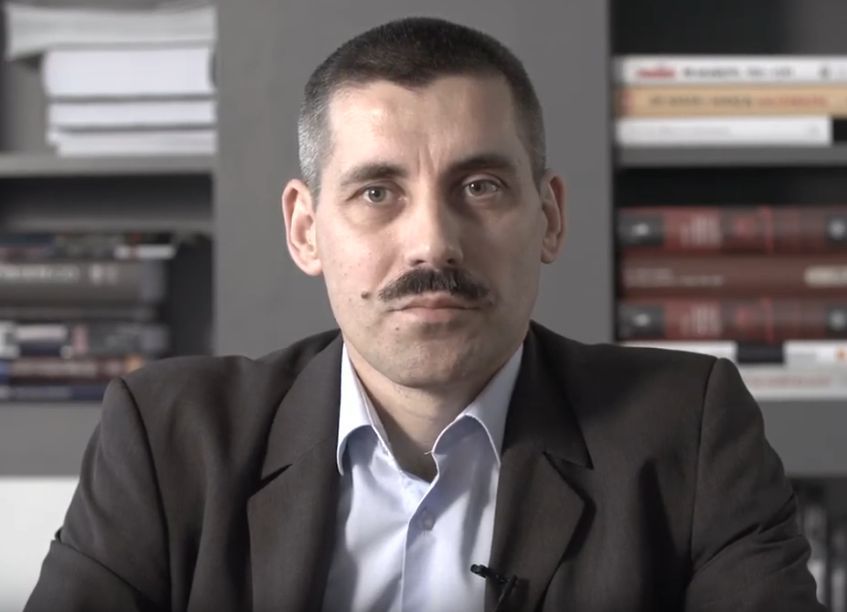 The IPN’s projects related to the commemoration of the Volunteer Army’s soldiers  who fell in the fight with the Red Army advancing towards Warsaw in 1920, publications and especially designed pins related to this topic were presented during the conference.