With the Festival just around the corner, the Institute of National Remembrance held a press conference to present the idea behind the event, introduce some of the films, and explain how the viewers, refused the big-screen experience due to the cinemas shutdown, can still enjoy these exceptional releases. 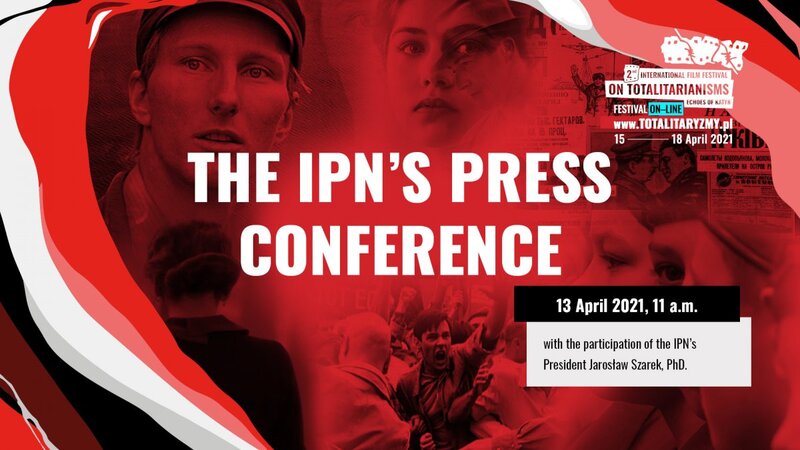 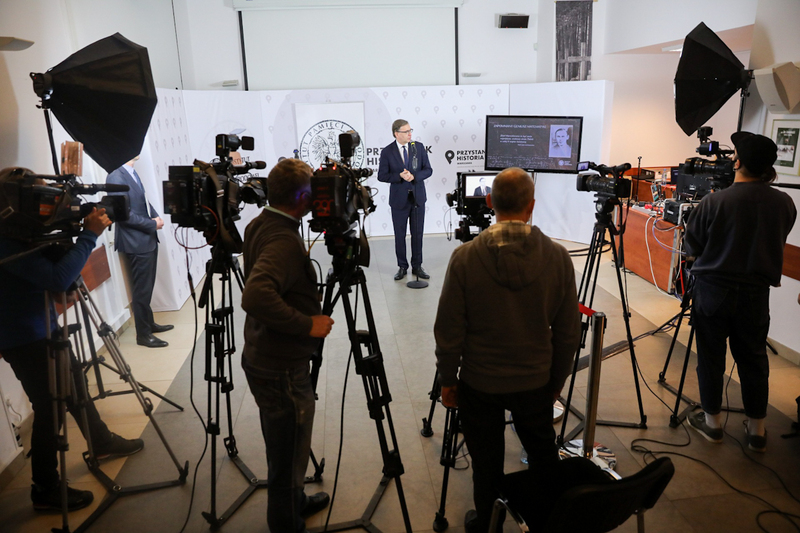 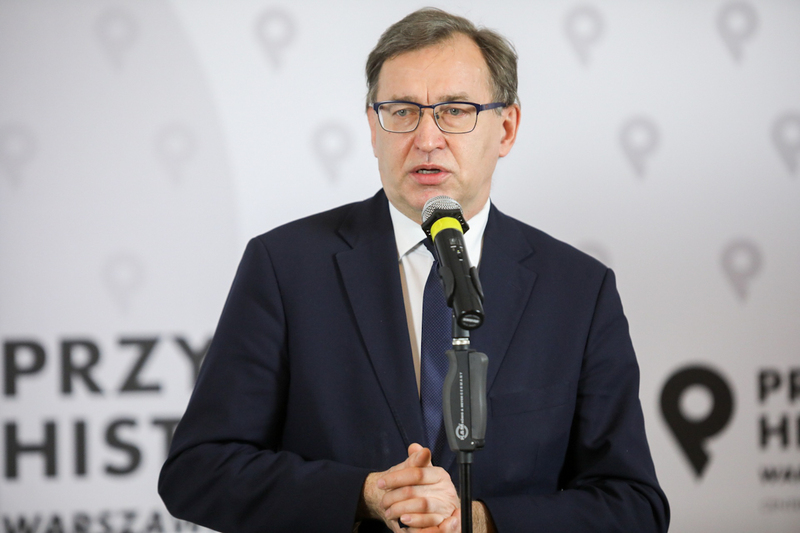 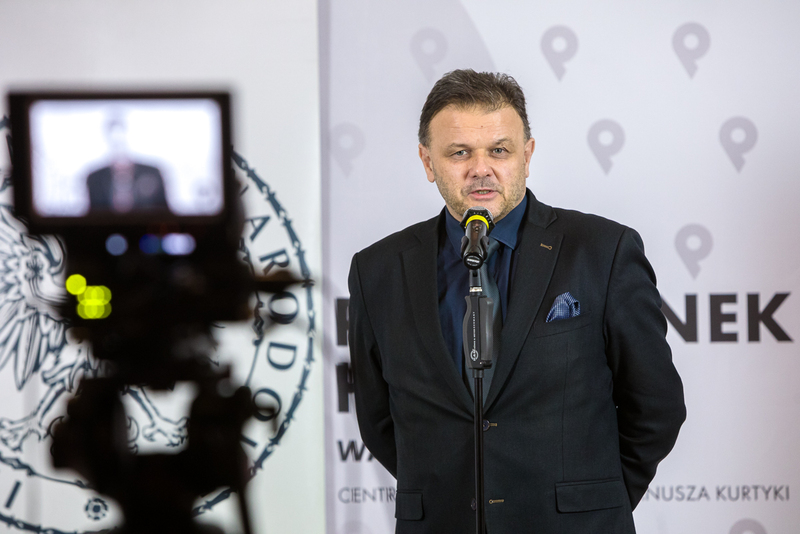 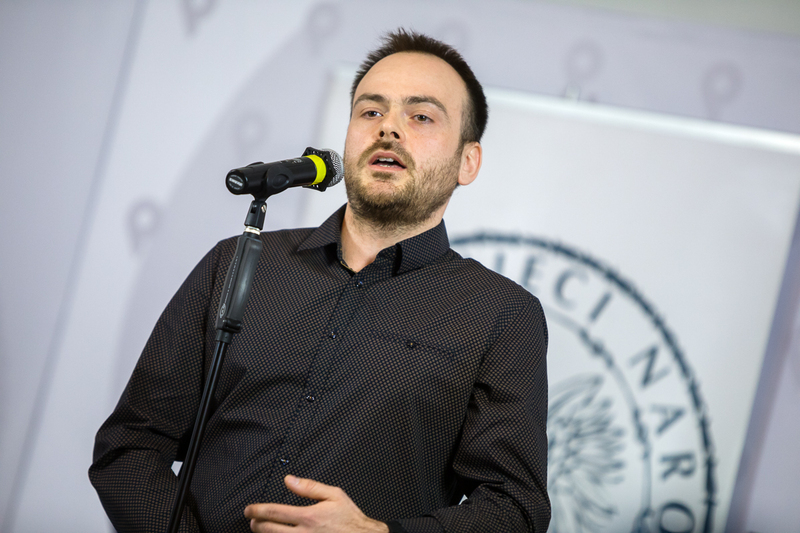 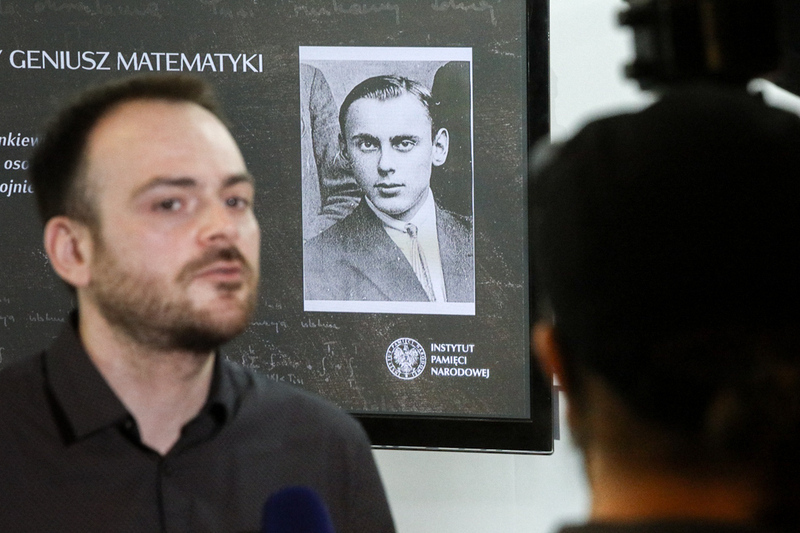 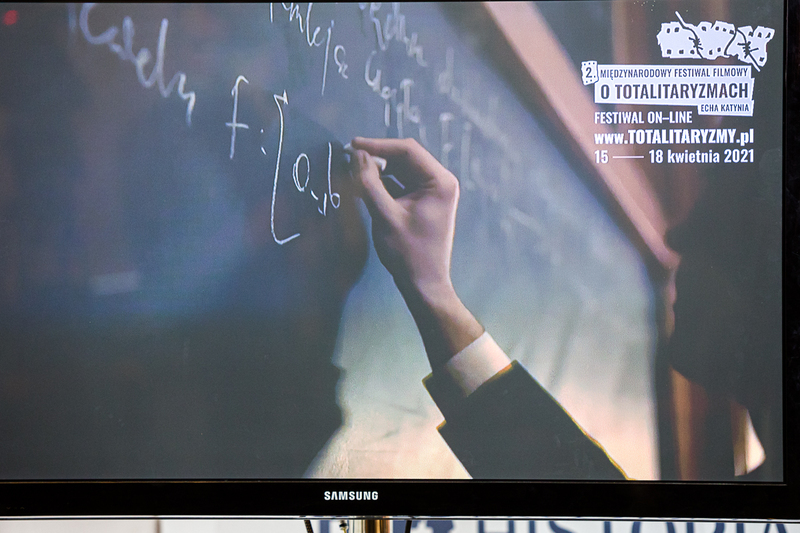 In connection with the “Echoes of Katyn” Film Festival on Totalitarianisms, on the Day of Remembrance of the Victims of the Katyn Massacre, on 13 April 2021, the IPN held a press conference at the Janusz Kurtyka Educational Center in Warsaw, attended by Jarosław Szarek, Ph.D., the President of the Institute of National Remembrance, as well as Director Adam Hlebowicz and Konrad Starczewski from the IPN’s National Education Office.

It is the second „Echoes of Katyn” Film Festival because we want the echoes to reverberate even today. Instead of telling these stories only by ourselves, we’ve invited many foreign filmmakers, and we’re screening over twenty releases - from Russia, Latvia, Turkey, Czech Republic, Hungary or Serbia. Since the interest in the event has been growing . . . the truth about Katyn, which even these days some people are trying to distort, has been reaching wider audiences every year.

Preparing the Festival, we invite filmmakers from all over the world, and the very fact that over a hundred of them applied for the second edition, submitting feature films and documentaries, medium-length and short productions, is a clear sign that the topic of totalitarian ideologies is still alive, and that it gets on the artists’ and filmmakers’ emotions, provoking them to put it into their films and then discuss these films.

The “Echoes of Katyn” International Film Festival on Totalitarianisms organized by the Institute of National Remembrance is going to take place online on 15-18 April 2021.

Twenty films from around the world, including 4 premieres produced by the Institute of National Remembrance are going to be screened as part of the festival. We would particularly like to recommend the film entitled: " GOD’S CHOSEN ONE". The feature, directed by Konrad Starczewski, Rafał Pękała and Tomasz Matuszczak, tells the story of Józef Marcinkiewicz – an outstanding Polish mathematician.

In addition to film screenings, we would also like to invite you to watch very interesting debates with the participation of directors, producers, historians and people of culture and art. Online meetings with the directors of IMMORTAL, MY FAVORITE WAR, SHADOW COUNTRY, GOD’S CHOSEN ONE and FORT are part of the event’s agenda.

The participants of the festival will also have the opportunity to take part in online workshops on audio-video materials and ‘found footage’ techniques, organized by the IPN Archive.

This year’s edition of the “Echoes of Katyn” International Film Festival on Totalitarianisms features a very wide spectrum of film art, from feature films to full-length documentaries or animations from such countries as Russia, the Czech Republic, Hungary, Serbia, Turkey and Latvia. We have invited filmmakers of various film genres from all over the world to participate in our festival, selecting the best, award-winning films. Their unique level of artistic sensitivity and engaging content will greatly contribute to the discussion about the problem of totalitarianism.

Ideological totalitarianisms still exist, some in the form of still existing regimes, others manifest themselves in the increasingly more "fashionable" postmodern ideologies, more or less overtly drawing from the legacy of communism or Nazism - hence the need to organize such a Festival - the only one of its kind in the world.

The conference was broadcast on IPNtvPL

More information of the Festival: http://www.totalitaryzmy.pl/

The world is full of ideas which could potentially evolve into TOTALITARIANISMS.
We are often not aware of the scale of this phenomenon. Totalitarianism ought to be viewed not only as a social system, but more importantly, as the fate of ordinary people. People like each and every one of us.
Totalitarianism has undoubtedly left its mark on Poland’s history - Hitler, Stalin, the communist system - it is associated with victims and human tragedies. We would, therefore, like to create a space in which we will be able to look into and discuss issues related to numerous aspects of the functioning of totalitarian systems and, by means of the presented film productions,  raise awareness of the mechanisms of  violence and discrimination omnipresent in totalitarian rule.

In 2020, on the 80th anniversary of the Katyn Massacre, the Institute of National Remembrance inaugurated an international film festival under the symbolic name - "Echoes of Katyn", the subject of which is to cover the broadly understood issue of totalitarianisms.

We invited filmmakers of various film genres from all over the world to participate in our festival, selecting the best, award-winning films. Their unique level of artistic sensitivity and engaging content greatly contributed to the discussion about the problem of totalitarianism.

After the success of last year's event and, consequently, the visible need for social discourse on the broad topic of totalitarianism, we would like to welcome and invite you to the second edition of the "Echoes of Katyn" International Film Festival on Totalitarianisms.

This year we will present over 20 films from around the world, including 4 premieres produced last year by the Institute of National Remembrance. In addition to film screenings, thematic meetings with directors, producers, historians and people of culture and art will be a significant part of the Festival. They will undoubtedly become an important supplement to the content of the presented films.