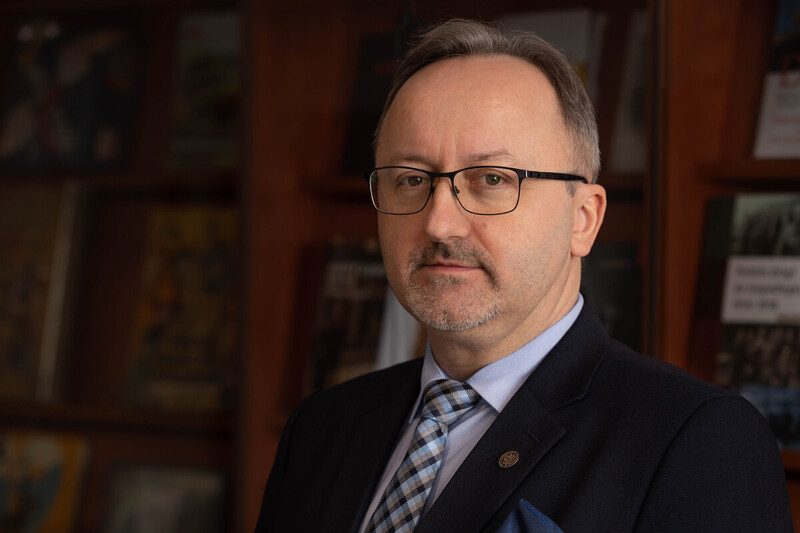 Karol Polejowski, born on 10 May 1969, graduated from the History Department of the Gdańsk University, and has been working as a university lecturer. He authored monographs and scholarly articles, including several in English and French, and participated in over fifty academic conferences, both at home and abroad. He has been a master and bachelor papers advisor, organizer or co-organizer of a number of conferences (including events with international attendance), as well as editor and co-editor of academic books. Currently, he is channelling his research into the issues of the Polish independence underground in the North of the country, Polish Armed Forces in the West, and Polish People's Army fight against post-1944 underground. Since 2016, he has worked for museum institutions, such as the Castle Museum in Malbork and Museum of the Second World War in Gdańsk; Mr. Polejowski is on the editorial board of the latter’s "Wojna i Pamięć" [“War and Memory”] journal, and from 2020, its curator. Additionally, he is a translator of French historical literature, and holder of a scholarship from the Lanckoroński Foundation in Rome.