Deputy President of the Institute of National Remembrance 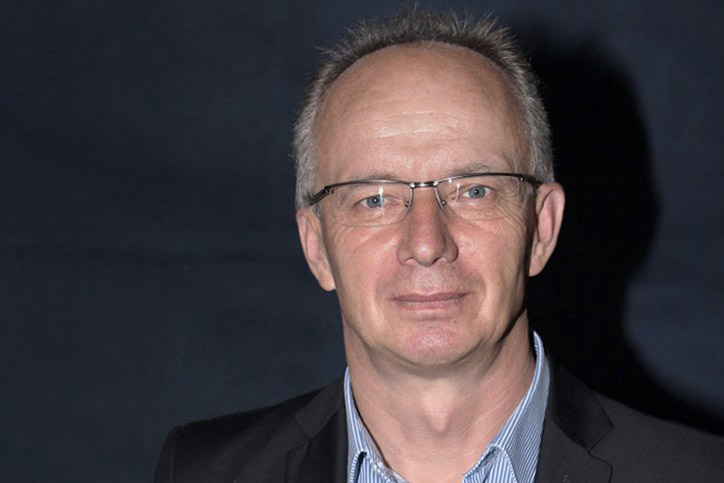 Krzysztof Szwagrzyk, Ph.D., D.Sc. born in 1964, is a graduate of the Faculty of Historical and Pedagogical Sciences of the University of Wrocław. He obtained his doctoral degree at the same University in 1996, specializing in Modern Age History. The Deputy President of the IPN received his post-doctoral degree at the Faculty of Humanities at the University of Zielona Góra in 2007. He is also an Associate Professor at the University of Lower Silesia. Since July 2016, Szwagrzyk has held the post of the DeputyPresident of the Institute of National Remembrance as well as the Acting Director of the IPN’s Office of Search and Identification. For the past several years, he has led a team searching for unrevealed burial sites of the communist regime victims. Szwagrzyk supervises the exhumation processes in several locations, including lot “Ł”, commonly referred to as “Łączka” [Meadow], located on the southern edge of the Powązki Military Cemetery. It is here that between 1948 and 1956 the communist Security Services buried the bodies of nearly 300 prisoners whom they considered particularly dangerous for the state. The victims of communist terror were placed in unmarked graves, their names being deliberately unrecorded in the Cemetery’s main register.

Thanks to the work of the search and identification team, it has been possible to find and identify the remains of the legendary leaders of the Polish independence underground, including Major Zygmunt Szendzielarz “Łupaszka”, Major Hieronim Dekutowski “Zapora” and the last Commander of the National Armed Forces Lt.-Col. Stanisław Kasznica.

Exhumation works under Szwagrzyk’s direction are also being carried out at the Służewiec and Bródno Cemeteries in Warsaw; in the Opole region, where he leads the search for the soldiers of Henryk Flame “Bartek”; in Białystok, Rzeszów, and at the Garrison Cemetery in Gdańsk, where the remains of Danuta Siedzikówna “Inka” were found in September 2014.

In 2007, Szwagrzyk received the Gold Cross of Merit from the late President Lech Kaczyński. In 2013, he was awarded the “Man of Freedom” prize by the weekly “w Sieci”. He received the title of the “Man of the Year – 2013” awarded by “Gazeta Polska” and the Lech Kaczyński Prize, granted by the Board of the Social Movement of the Polish President Lech Kaczyński. Szwagrzyk’s work on the search and identification of victims of communism buried on lot “Ł” of the Powązki Military Cemetery in Warsaw was widely appreciated. As a result of the efforts of his team, the IPN became one of the laureates of the “Guardian of Remembrance 2013” prize awarded by the weekly “Do Rzeczy”. In 2014, the Józef Piłsudski Institute of America honored Szwagrzyk with the “Wacław Jędrzejewicz History Medal”. In 2015, he was also awarded the Knight's Cross of the Order of Polonia Restituta“ for outstanding achievements in documenting and disseminating the truth about recent Polish history” by President Andrzej Duda. On 4 August 2016, Szwagrzyk was appointed as a member of the Chapter of the Order of Polonia Restituta.